NASA and the ESA say the two astronomical events are not connected. 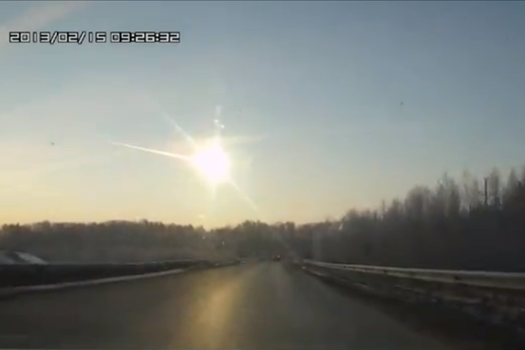 Mere hours before an asteroid half the size of a football stadium brushes past Earth with only a few thousand miles to spare, a meteorite hurtled into Central Russia, injuring as many as 1,000 people.

It wouldn’t be far-fetched for the two events to be related, since asteroids tend to group together, and many meteorites found on Earth have originated in the asteroid belt. Yet despite the coincidental timing, both the European Space Agency (ESA) and NASA have reported that the two are unrelated.

ESA spokesman Bernhard Von Weyhein has said that there is no connection between meteorite and the asteroid 2012DA14, which is scheduled to pass within about 17,000 miles of Earth today. 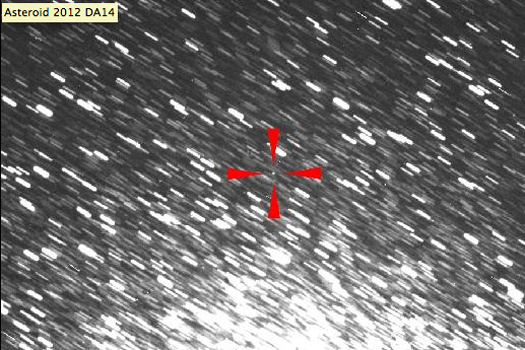 Asteroid 2012 DA14 looks like a tiny spec in this photo taken just past midnight on Wednesday in Australia. At the time, the asteroid was about 770,000 miles away from Earth.

NASA has reiterated that fact, telling CNN “They are completely unrelated objects — it’s a strange coincidence they are happening at the same time.”

In their official statement, NASA scientists noted that the trajectory of the meteorite differed significantly from that of asteroid 2012 DA14. Looking at the position of the sun in the many videos captured by Russian commuters, the meteor can be seen traveling from north to south, while the asteroid 2012 DA14 is moving in the opposite direction, from south to north.