Put some fire and ice into your day. 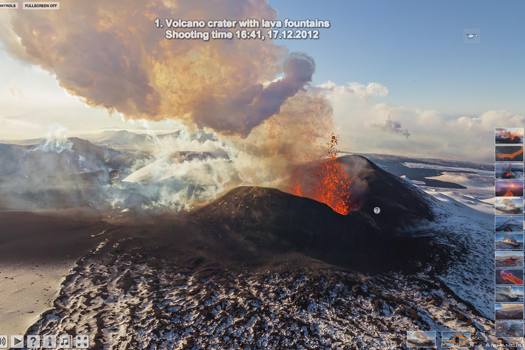 It’s not rare for volcanoes to erupt on Kamchatka, the far-eastern Russian peninsula that juts out into the Pacific Ocean. The density of active volcanoes there is so outstanding UNESCO made it a World Heritage Site.

Since late November, though, four different volcanoes within 110 miles of each other on Kamchatka have been active simultaneously. Experts believe the volcanoes are fed by different sources of magma, making this even more unusual. In mid-January, eruptions from Plosky Tolbachik, one of the volcanoes, began forming a lava lake on the peninsula at its base.

AirPano, a group of Russian panoramic photographers, set out to document the geological excitement in 3-D aerial panoramas. They spent three days flying around Plosky Tolbachik capturing the shooting lava. 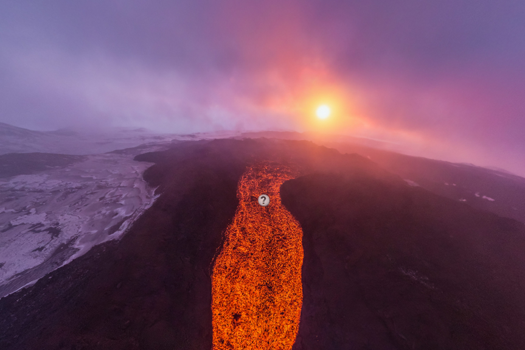 See the whole panaroma over at AirPano.

The results are nothing short of awesome. The high-def views virtual tour, though occasionally dizzying, is probably the closest most of us will come to the remote region, much less an erupting volcano. Against the snowy Russian backdrop — Kamchatka is located at about the same latitude as Great Britain, but between arctic Siberian winds and the cold sea current, it’s essentially covered in snow from October through May — the fire and brimstone stands out especially dramatically.

Take a gander at the whole thing here.