Mystery Animal Contest: Who Is This Wide-Eyed Flufftail? 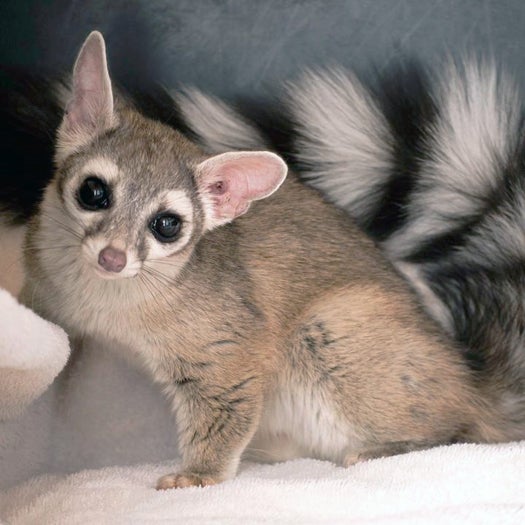 Update: And the winner is…Eve Hardy, who correctly guessed that this is a cacomistle! The cacomistle, native to Central America from southern Mexico down to Panama, is a member of the Procyonidae family, otherwise known as the raccoon family (although it also includes kinkajous, olingos, and coatis). It’s a very solitary creature, requiring a large territory and rarely interacting with other cacomistles. It mostly lives in the forest canopy, is nocturnal, and is an opportunistic eater, much like its raccoon siblings–it’ll eat everything from fruit to insects to bird eggs to lizards.