A Look Inside The European Horse Meat Trade [Infographic]

An interactive map breaks down countries' imports and exports of meat from hinnies, horses, mules, and asses. 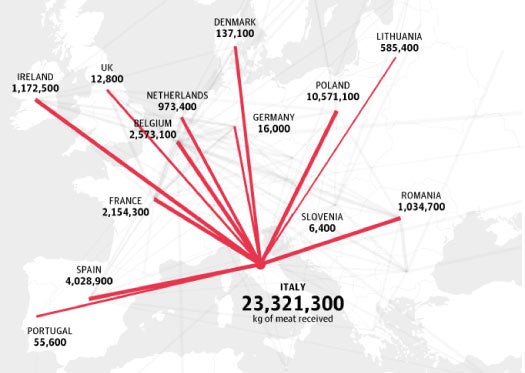 One month into the great European horse meat scandal, two primary facts have emerged: first, it’s become clear that some Europeans have been unwittingly consuming the flesh of their equine friends in products including, but not limited to, supermarket “beef” and frozen Nestlé pasta dinners; second, the scandal’s perpetrators are as hard to trace–if not as ubiquitous–as the horse meat they’ve been hawking.

In an attempt to shed some light on the scandal, The Guardian created an interactive map showing imports and exports of “meat of horses, asses, mules or hinnies” by country.

The upshot? Belguim appears to be Europe’s chief horsemeat supplier, while Italy is its biggest consumer (or, at least, it’s biggest buyer–retailers within the country could be packaging the stuff in various products and shipping it back out again). 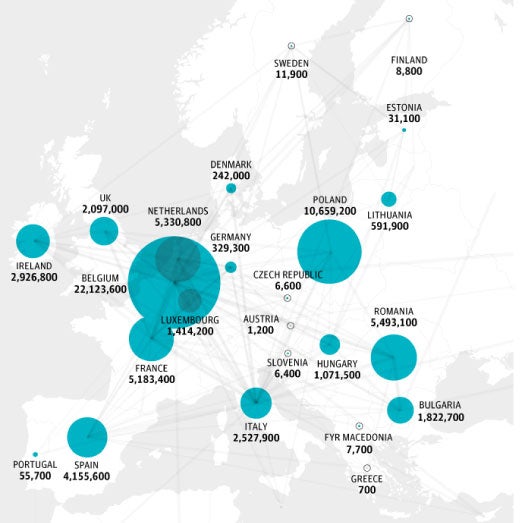 Italy imported over 50 million pounds of horse meat last year, more than twice as much as France, the second-largest importer. 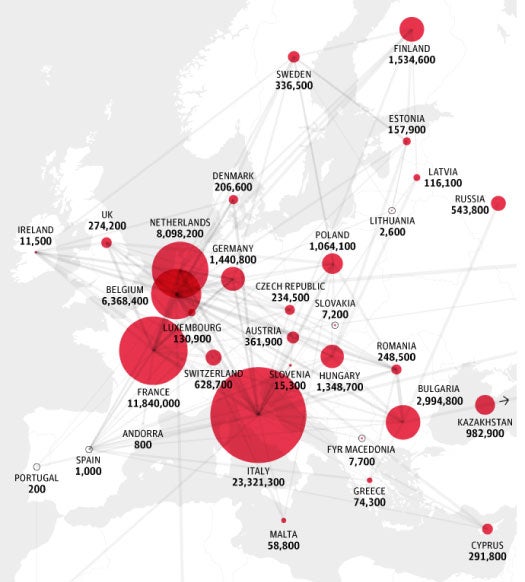