It’s Unlikely That You Have Ever Really Eaten Snapper Sashimi

DNA testing of retail seafood finds that fish fraud is rampant around the nation. 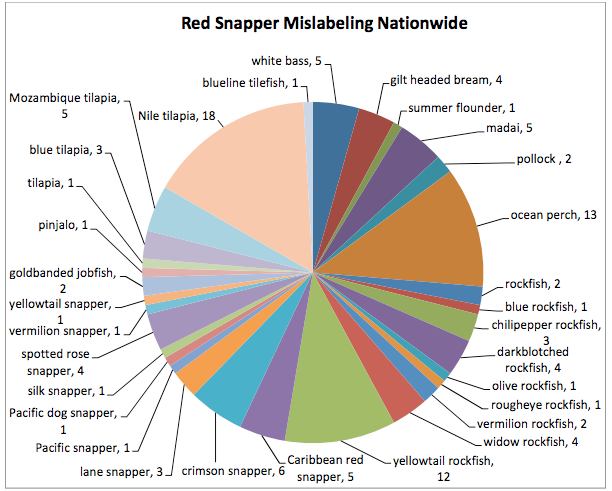 Oceana, an organization dedicated to ocean conservation, has bought over 1,200 samples of fish from restaurants and stores around the country, and submitted them to DNA testing to identify their species.

The final report, released today, shows that almost all fish labeled as snapper is not snapper; “white tuna” is really escolar (which is banned in Italy and Japan for its gastric volatility but is in fact rich and delicious); and in general, a third of all fish is sold under false names.

Kansas City is one of the only locations where a fish labeled snapper was actually a snapper. Other national highlights: In Texas, 49 percent of fish was mislabeled; in Chicago, a fish labeled Alaskan cod was actually the unusual threadfin slickhead; and not a single New York sushi restaurant had all its fish correctly labeled.