The 150-foot-wide chunk of rock and ice passed within the orbit of the moon and geosynchronous satellites. 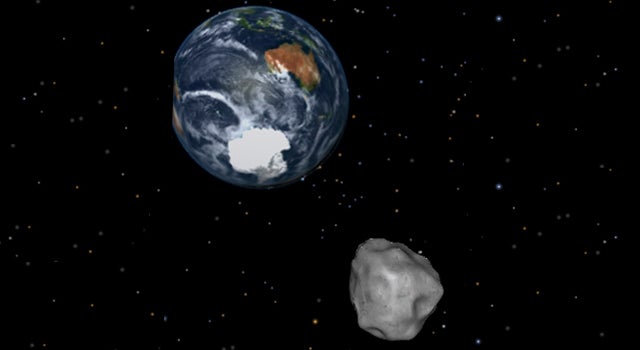 Hours after dashcams in Russia recorded a fiery, 50-foot-wide meteor hurtling through Earth’s atmosphere, astronomers at the Observatorio del Teide in the Canary Islands captured this relatively peaceful video of asteroid 2012 DA14 as it streaked past Earth at a distance of about 17,000 miles. Compared to the Russian meteorite, 17,000 may seem like a lot of miles–the meteor exploded at a height of about 15 miles–but, as NASA points out, the 150-foot-wide asteroid passed within the orbits of both our moon and geosynchronous satellites.