The sun is just bursting with love and 14-million-degree plasma. This lovely heart-shaped protuberance is a superheated plasma curled up into the solar corona, erupting from a particularly active region on the sun. The Hinode X-ray telescope (it means “dawn” in Japanese) captured this image last fall, and the Harvard-Smithsonian Center for Astrophysics shared it with us in honor of Valentine’s Day.

“What better way to say ‘I love you’ than with heart-shaped, 8-million Kelvin plasma? Print this out with the tagline, ‘You are my sunshine,’ and you’re good to go,” writes Patrick McCauley, support scientist at the CfA’s solar and stellar X-ray group. (On second thought, just buy chocolates.)

The image was taken through a filter that captures material around 8 million degrees Kelvin, which is about 14.4 million degrees Fahrenheit. The surface of the sun doesn’t even get that hot; the corona reaches these temperatures through phenomena that are still not well understood, McCauley explained. Through a different filter, astrophysicists were able to determine that Active Region 11589 has a tiny sunspot beneath the heart-shaped protuberance.

Such active regions, which are often affiliated with sunspots, are areas where magnetic field lines protrude from the sun’s interior and drive plasma into its atmosphere. Heliophysicists are still trying to figure out just how this works–go here to read about some recent efforts that may help explain what’s going on. 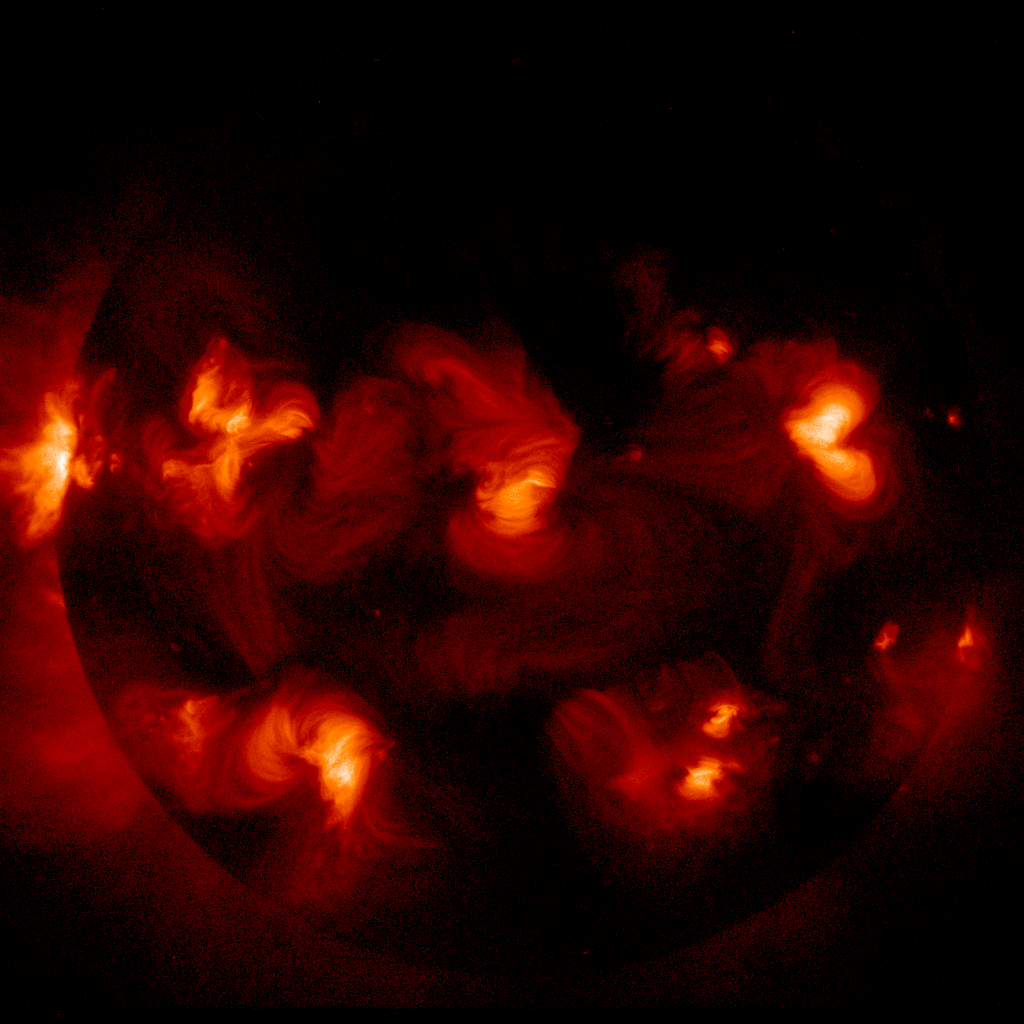 These images are courtesy of the X-Ray Telescope group at the Harvard-Smithsonian Center for Astrophysics. Check out more of their amazing solar imagery here.