Is This Guy Actually Trying To Fight Me? (Songbird Edition) 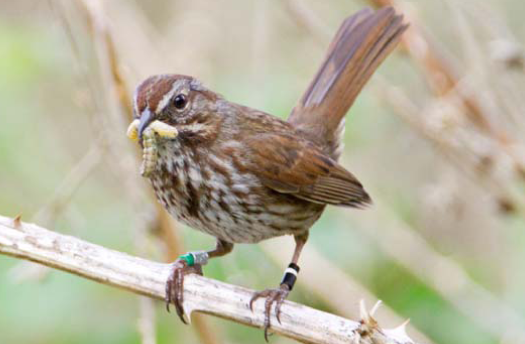 Okay, so let’s say you’re a sparrow, right? And you’re just hanging out on a tree branch like normal, minding your own business, singing a little song, when all of a sudden your neighbor comes over, and he starts singing too. Which is fine, right? Except, get this: the guy isn’t just singing any old tune, he’s singing the exact same song you’re singing. Obviously, the guy knows he’s making things uncomfortable, there’s no question about that. But is he just trying to ruffle your feathers a little, maybe impress some ladybirds with his boldness and wit before flying away, or are you actually going to have to fight this guy?

To investigate whether this “song-matching” behavior is a sign of sincere aggression, or just the kind of sophomoric posturing it appears to be, researchers at the University of Washington set up a stuffed sparrow and some wireless speakers inside the territories of 48 song sparrows in Discovery Park, Seattle. When the speakers began playing–they always played a tune in the resident sparrow’s own repertoire–the birds arrived swiftly to scare off their (secretly) taxidermied intruder.

Intimidation tactics varied, but the sparrows who employed the song-matching strategy were much more likely to resort to violence than those who didn’t. Of the 17 song-matchers, 15–or almost 90%–attacked the motionless model, while only about half of the non-matchers ended up staging an attack. Song-matchers were also more likely to engage in other aggressive behaviors, such as wing-flapping.