The Science Of ‘Zero Dark Thirty’: When We Can Condone Torture

A Hollywood thriller meets the science of perception. 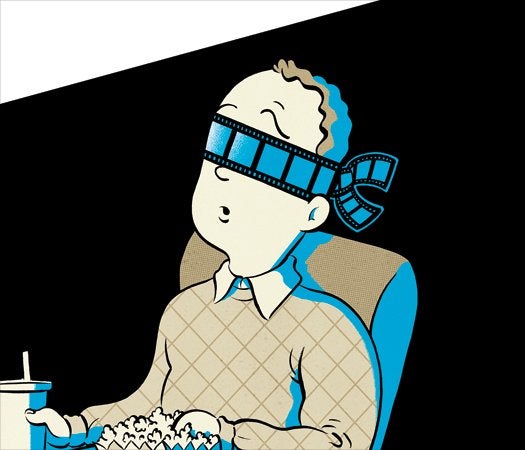 Critics have applauded the realism of the film Zero Dark Thirty, an Oscar favorite that claims to re-create the hunt for Osama bin Laden. But some have protested an early scene in which intelligence officers torture a man, then use the threat of further torture to persuade him to reveal a crucial bit of evidence. The New York Times called the controversy “a national Rorschach test on the divisive subject of torture.”

In 2009, two Harvard psychologists, Kurt Gray and Daniel Wegner, published the results of a more scientific test. The researchers seemed to cause a subject pain (by dipping her hand in ice water), then asked volunteers if she was answering a series of questions truthfully. In fact, the “subject” was acting, and the questions and answers were scripted. What Gray and Wegner really wanted to know was whether the volunteers (the “audience,” so to speak) would judge guilt differently according to their distance from the person being tortured. They found that, on balance, people listening in the room next door thought the actor was guilty, but those listening to a recording of the interrogation assumed she was innocent.

People in the next room thought the subject was guilty, but people listening to an audio recording assumed she was innocent.
I asked Gray, now at the University of North Carolina, what accounted for the reactions of the people who were closer. “It’s just cognitive dissonance,” he said. When you’re up close, “you feel really terrible about this person’s suffering, and you think there must be a reason for it.” When you listen to the tape, however, you’re more likely to engage in “moral typecasting,” linking suffering to innocence. “Put a little physical distance in there and you get a complete reversal of the effects.”

Gray’s research suggests that torture’s very repugnancy is what causes some of us to defend its use—we feel terrible about it, so we think there must be a reason for it. In movies the effect may be more pronounced: The giant screen brings us even “closer” to
an interrogation. We condone the torture be­cause the cinematic intimacy causes us, the audience, to feel complicit. This proximity bias—a variation of confirmation bias we might call the Zero Effect—is relevant for scientists engaged in all kinds of observational research. It is also a crucial consideration for those of us watching interrogators at work, onscreen or in life.