Did The U.S. Buy Its Moon Program From Yugoslavia?

An attention-grabbing new "docudrama" puts forth a very unusual theory. 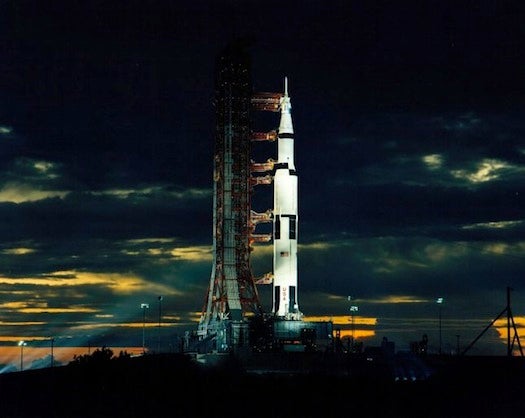 That whole getting to the moon thing? Actually Yugoslavian.

At least that’s the thesis of a “docudrama” trailer that’s been making the rounds, especially among Internet users in the Balkans. Yugoslavia sold an operational spaceflight program to the United States in 1961, just before President John F. Kennedy announced American plans to go to the moon, the video says. It’s called “Houston, We Have a Problem!” and it’s racked up more than 960,000 views on YouTube:

Radio Free Europe talked to a couple experts who were doubtful.

“There’s a lot of coincidence in time, but just because two things sort of happened one after the other does not necessarily mean that there’s causation involved. There’s a very big stretch involved here,” Bill Barry, NASA’s chief historian, said.

While talking with Radio Free Europe, the video’s director and principal writer seemed to both stand behind the work and distance themselves from it. There’s “some dramatization and fiction,” the writer, Bostjan Virc, said. And from director Ziga Virc: “80 or 90 percent of things” in the trailer are “actually more or less confirmed facts.”