Even if some might take issue with the science on display. 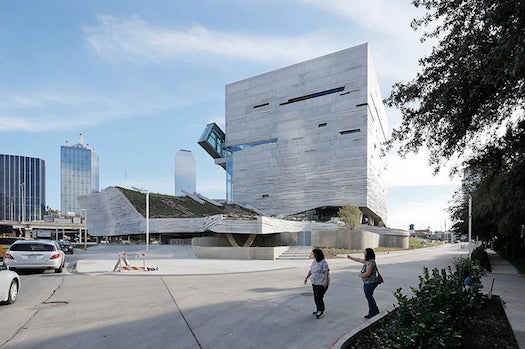 The Perot Museum of Nature and Science opened in December with some serious design bona fides: Los Angeles-based Thom Mayne, a Pritzker Prize winner, was the lead architect. His intention: to evoke curiosity about science. 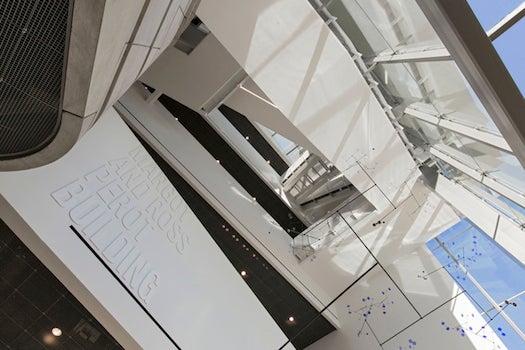 Perot Museum Of Nature and Science Ramps And Stairs

To do so, he designed a 170-foot-tall square building with an exterior that looks like a cliff face folded into a box. The interior, from what we can see, looks less geometric, with ramps criss-crossing above the floors. You can also take in a view of the Dallas skyline from the museum’s four levels. 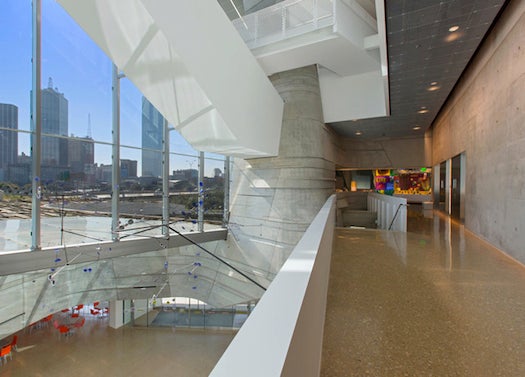 The Perot Museum Of Nature And Science Atrium

Sounds like a nice place to learn about science! Which makes the weird science pointed out in this review of the museum, from Bloomberg, so disappointing. Writer James S. Russell likes the building, but takes issue with what is and isn’t on display inside:

Some choices are scientifically questionable. In displays on water and weather I could find no consideration of climate change — the defining natural-science challenge of our time.

Yikes. But at least the exhibits are easier to switch up than the building.