A new study finds that most foodborne illnesses come from plants, especially leafy greens like lettuce. 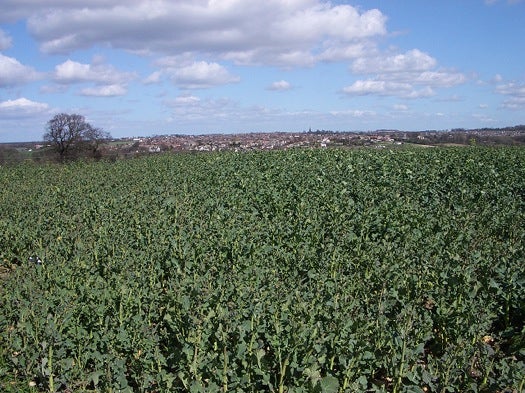 Here’s some food for thought: According to a new study by the CDC, the greatest number of foodborne illnesses in the U.S. are not caused by raw cookie dough or undercooked meat or questionable shellfish, but by leafy green vegetables.

Of the 9.6 million cases of food-borne illness reported each year, 51 percent are caused by contaminated plants; leafy greens alone contribute 23 percent of the total, more than any other commodity. All the meat and poultry commodities combined–beef, game, pork, and poultry–were responsible for 22 percent of illness, and dairy carried 17 percent.

Many of the contaminants lurking on leafy greens are noroviruses–the bugs that cause what most of us call the “stomach flu”–deposited by food handlers, according to a story in the New York Times.

But before you throw caution to the wind and sit down with a big bowl of raw cookie dough and your favorite chicken tartare, beware: tainted greens may make you sick, but poultry is still more likely to kill you.