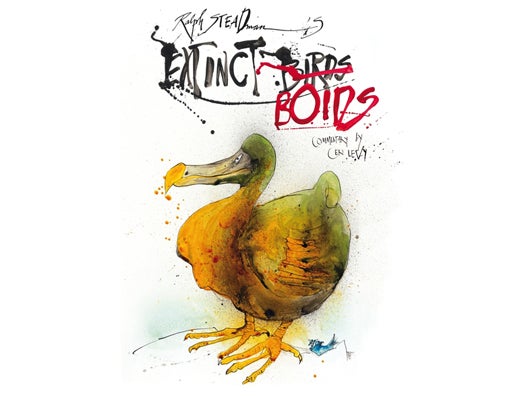 If you’ve read Fear and Loathing in Las Vegas by Hunter S. Thompson, or quaffed a bottle of Flying Dog Brewing’s beers, you will be familiar with the work of illustrator Ralph Steadman. The evocative ink splashes, seemingly haphazard lines, and splashes of color have always fascinated and horrified. Recently, he turned his talent to drawing birds. The work was part of a larger collaborative project with filmmaker Ceri Levy, called The Ghosts of Gone Birds, in which well-known artists depicted now-extinct bird species such as the dodo and great auk. Levy asked Steadman to draw a single bird, but Steadman ended up illustrating more than 100. Those illustrations have been collected in a book just published by Bloomsbury called Extinct Boids.

And “boids” they are: The illustrations themselves are not scientifically accurate, and a couple of them never even existed (the “nasty tern” or the “jail bird,” for example). But that hardly matters: this isn’t supposed to be a guidebook to extinct species. It’s one artist’s view of birds, their spirits and personalities and their place in our collective imaginations. 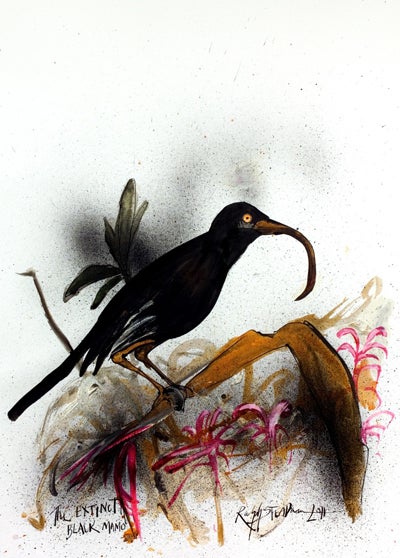 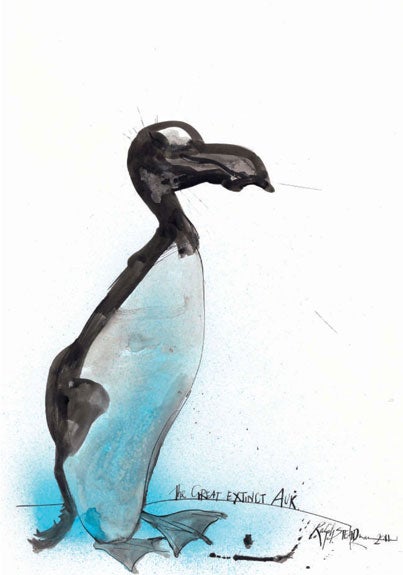 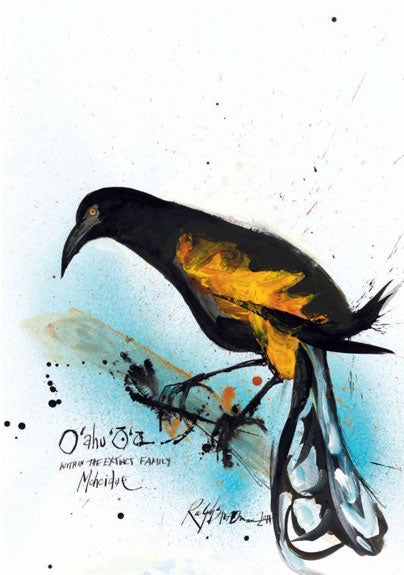 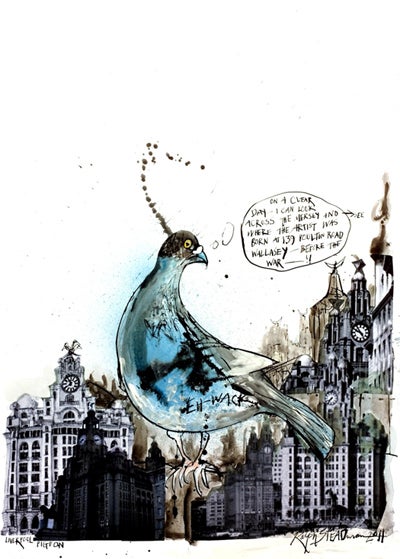 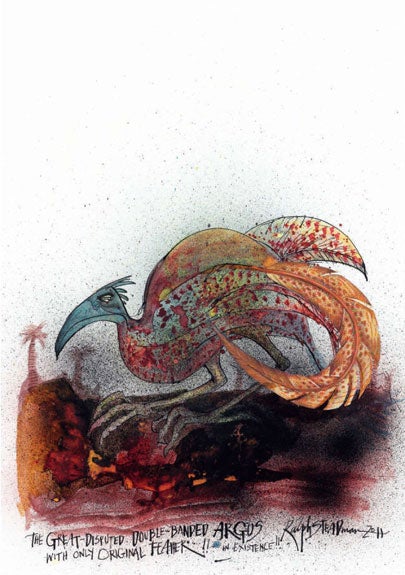 Double-banded Argus (disputed species; only known artifact from bird is a single primary feather found in a millinery shipment sent to London.)
Science