Skip Out On The Elks Lodge, Die In A Traffic Accident 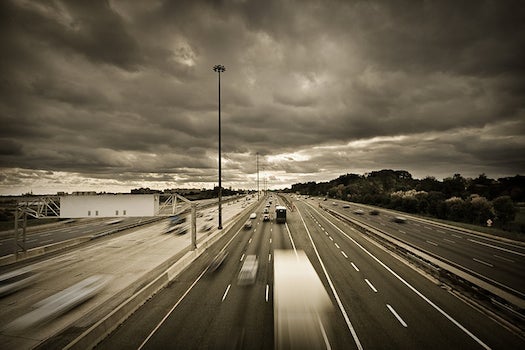 These are important questions because, according to a new study, areas with low “social capital”–lack of neighborliness, I guess would be one way of putting it–are associated with higher rates of traffic fatalities. Love thy neighbor, or stay off the roads.

All the usual caveats here are in full effect. Correlation doesn’t mean causation (maybe people are on edge because of the higher-than-normal traffic fatalities?), but it’s still an interesting find: not only were the numbers statistically significant, but the chances of dying were a full 50 percent greater in areas with low social capital.

The City College of New York study, published in the Eastern Economic Journal, looked at 10 years of data for the 48 contiguous U.S. states. The study’s author, Matthew Nagler, pored over survey responses to how “honest” people in each state viewed other people, assuming that was an indicator of trust. He also created a social capital “index” based on four different community activities: election turnout, church attendance, club meeting attendance, and volunteer activity. Looking at those parameters, Nagler found the correlation between lack of social capital and higher rates of traffic fatalities. Here are the tabulated results: 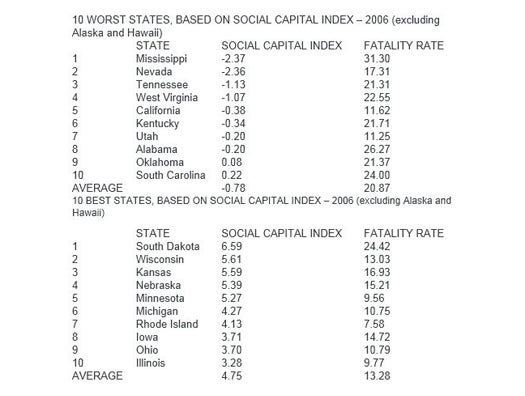 His hypothesis on why: Because people are more courteous to each other when they have ties to the community.

Well, maybe. There was some work done to eliminate other state-by-state causes–“real gross state product per capita, vehicle miles traveled per capita, unpaved roads as a percent of local road mileage, percentage of the population over 65 and the state maximum speed limit”–but it sounds like there’s a lot of potential factors at play. At least it’s a good excuse to finally join that book club.