Science Confirms The Obvious: Sex Is Still Fun With A Condom 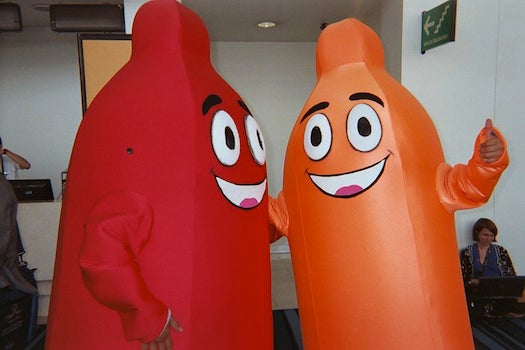 Good news, everyone: safe sex is still fun sex. And now we have a published study to prove it. (In case you needed that confirmation, for some reason.)

Researchers from Indiana University crunched the data from the 2009 National Survey of Sexual Health and Behavior, examining the most recent sexual “event” for adults ages 18 to 59. The people who used condoms and lubricant during their “event” rated the experience “as highly arousing and pleasurable with few differences based on condom or lubricant use.” The team’s results are published in the Journal of Sexual Medicine.

And a bonus, sort-of-obvious subpoint emerged, too: more than twice as many men as women knew the condom was lubricated or what material it was made out of. (Because men are more likely to purchase and apply the condom, the researchers suggest.)

Hopefully all of that wasn’t stopping you from practicing safe sex. But if you needed a data-driven, scientific push, you have no excuse now.