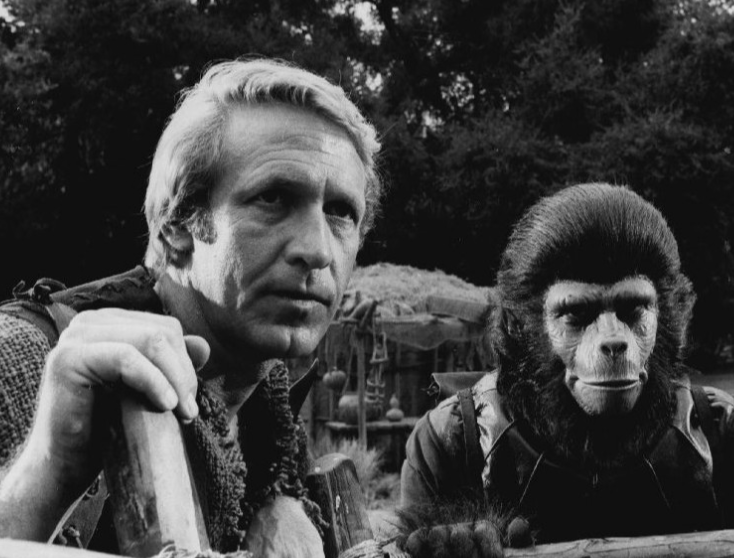 So much great science fiction takes place when Earth is either gone or forgotten. Having ruined the planet and other life on it, people have to leave and go elsewhere, only to return and encounter a changed place. Sometimes spacefaring people even “discover” a planet, only to find out it’s actually Earth (see: Planet of the Apes, the forthcoming After Earth, etc.). Now a new study seems to fit this sad plot line exquisitely well: People traveling in space may be more likely to develop the memory-destroying scourge of Alzheimer’s disease. We could leave Earth and then, late in life, forget it.

Earth’s magnetic fields deflect cosmic and solar rays, protecting those of us living on the planet and in orbit just above it. But astronauts traveling to Mars, or living in deep space for the long haul, will live in a constant barrage of cosmic radiation from which there is no escape. The prevailing concern is the risk of cancer, caused by high-energy protons interfering with space travelers’ DNA. There is, however, also a clear risk of neurological damage, which would stem from inflammation in the central nervous system. Chronic neuroinflammation is thought to play a role in the development of Alzheimer’s disease.

Led by Dr. M. Kerry O’Banion, a neurobiology professor at the University of Rochester Medical Center, a team of researchers set out to determine the cognitive changes that may result from exposure to cosmic radiation. They took 29 male and 20 female mice that were genetically modified to express a suite of conditions that predispose them to Alzheimer’s, and exposed them to varying levels of radiation using the Space Radiation Laboratory equipment at Brookhaven National Laboratory.

For their space radiation analogue, the team went with highly energetic heavy iron ions, which could come from distant supernovae. They would also be more dangerous than other highly energetic particles because they’d easily penetrate most shielding equipment. “One would have to essentially wrap a spacecraft in a six-foot block of lead or concrete,” O’Banion said in a statement.

The mice got zapped, eight at a time, through styrofoam tubes. A control group sat next to the tubes but didn’t get a beam of iron ions. The doses were designed to mimic high levels of charged particles that would accumulate during a long-term mission. Then, the mice were shipped back to Rochester, where O’Banion and his colleagues performed a series of tests. Mice had to recall objects, specific locations, or events, and the ones that were exposed to radiation could not do it very well.

This was one indication that radiation impaired their cognitive function, so to see whether they suffered physiological Alzheimer-like effects, O’Banion and the team had to examine their brains. It turned out the male mice in particular developed high levels of beta amyloid, the protein “plaque” that accumulates in the brain in Alzheimer’s. This is the first time any researchers have seen enhanced plaque due to radiation exposure.

“These findings clearly suggest that exposure to radiation in space has the potential to accelerate the development of Alzheimer’s disease,” O’Banion said. “This is yet another factor that NASA, which is clearly concerned about the health risks to its astronauts, will need to take into account as it plans future missions.”

There is one key difference between this study and the real-life experience of long-distance travelers, and that’s time. The mice were subjected to high doses of radiation that were meant to mimic the levels a person would experience in long-duration flight, such as the two-year minimum travel time to and from Mars. What’s more, the mice in question were models of Alzheimer’s, meaning they were predisposed to the disease–and astronauts would likely not be. Still, it shows that space travelers could have a “heightened chance of debilitating dementia occurring long after the mission is over,” the authors write in their paper, published this week in PLoS One.

And that’s where it sets up the cruelest irony: Space travelers who venture beyond our planet will go because it’s a once-in-a-lifetime experience, something they’d never forget. But because of the trip, they will.