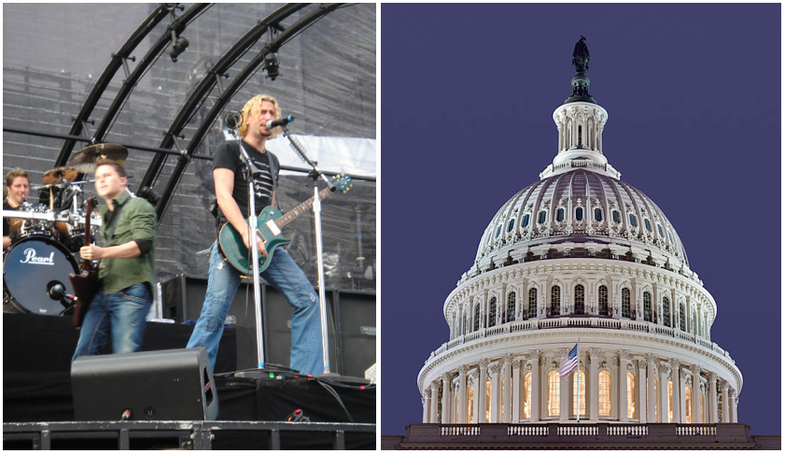 Root canals, head lice, cockroaches, Donald Trump, Ghengis Khan, Nickelback–they’re all terrible things, but in the eyes of Americans, none of those things is worse than the United States Congress. People really disapprove of our nation’s elected leaders, according to the most creative poll in recent memory, which was released today.

The folks at Public Policy Polling, a well-respected public opinion tracker, have long known that Congress is not viewed favorably, explained Dustin Ingalls, assistant to the director at PPP. This was a lighthearted attempt to put it in perspective.

“The whole fiscal cliff brouhaha sort of drove home how unpopular Congress was, at least anecdotally,” Ingalls said. “So we decided to test Congress against these things we thought would be unpopular as well, and see what voters would think was better–unpopular things which no one seems to like, and Congress, which also no one seems to like.”

Staffers at PPP thought of some things they personally found distasteful, and director Tom Jensen put out a request through Twitter. So it was not necessarily scientific, but still–the group was flooded with creative suggestions for universally detested things with which to contrast our Senate and House of Representatives. Then the team narrowed down the list to 26 things, from the Kardashians to colonoscopies.

The poll asked 830 registered voters whether they have favorable or unfavorable opinions of Congress. Just 9 percent of the electorate has a positive opinion, and 85 percent disapprove. Then the following questions asked voters which was better, Congress or another loathsome thing.

For his part, Ingalls said he was particularly intrigued by how well the NFL’s replacement referees fared against our 535 national officeholders. The refs and their mistakes, as you recall, elicited passionate vitriol from local bars all the way to the White House.

“They got so much flak, but apparently they were far more popular than Congress,” Ingalls said bemusedly. Replacement refs 56, Congress 29.

Not everything on Earth is worse than those we have chosen to represent us, however. Congress fared better than telemarketers; meth labs; playground bullies; ebola and gonorrhea; Lindsay Lohan and the Kardashians; Fidel Castro, North Korea and communism generally; and apparently the worst former member of Congress himself, John Edwards.

You can read the full list on PPP’s blog.

As for the result? It probably won’t mean much, Ingalls admitted. “I don’t know how seriously anyone in Congress is going to take this,” he said. “But it’s certainly time for reflection, I’d say.”