Mystery Animal Contest: Who Is This Inquisitive Gent? 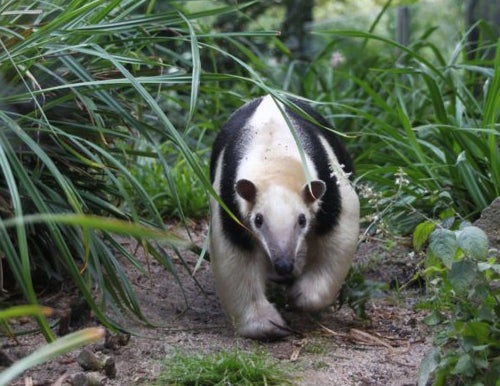 Update: Congratulations to @Sciwhat, who correctly guessed the identity of this amazing animal! It’s a northern tamandua (Tamandua mexicana), a small variety of anteater which lives in forests from southern Mexico through Central America. Like other anteaters, it’s extremely muscular, but also very curiously adapted to its specific ant/termite/other bug-based diet: no teeth, a long snout with a limited jaw, and a super long, sticky tongue which can dart in and out several times per second. It’s also really cuddly and adorable. Hi tamandua!