Mystery Animal Contest: Who Is This Fluffy Beastie? 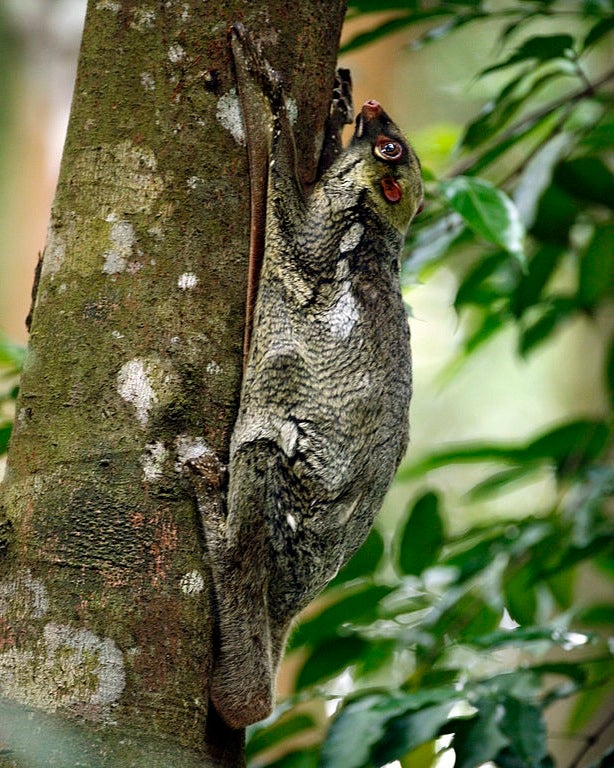 Update: And the winner is…@xylem_n_phloem, who correctly guessed that this little fellow is a colugo, also known as a flying lemur. Specifically, this one is a Sunda flying lemur. Colugos are very fascinating creatures–they’re gliders, like a flying squirrel or sugar glider, but aren’t rodents or possums. Instead, they’re the sole members of their entire family, because they are so unlike any other animal. We think they’re an early branch of, believe it or not, the primates, which is why they’re sometimes called “flying lemurs,” though they are not, strictly speaking, lemurs. They’re the most capable gliding mammals on the planet, able to glide over 200 feet with minimal loss in altitude. The Sunda flying lemur is found in southeast Asia.