Just Relax For A Minute And Watch This Incredible Moonrise [Video]

Can you believe something this beautiful happens 182 days a year? 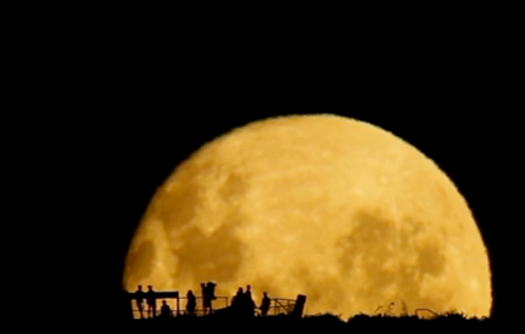 This is an edited, single-shot (not time-lapse) video of the moon rising over Mount Victoria Lookout in Wellington, New Zealand two days ago. It was filmed by Australian Astrophotographer Mark Gee, who was sweet enough to share it with NASA, who was awesome enough to post it as their Astronomy Picture of the Day (APOD).

Moonrises happen about every 25 hours–the moon’s orbit around the Earth delays its rise by about 50 minutes each day–which means that it comes up after sunset about half the time. All you need is a horizon to watch it on.