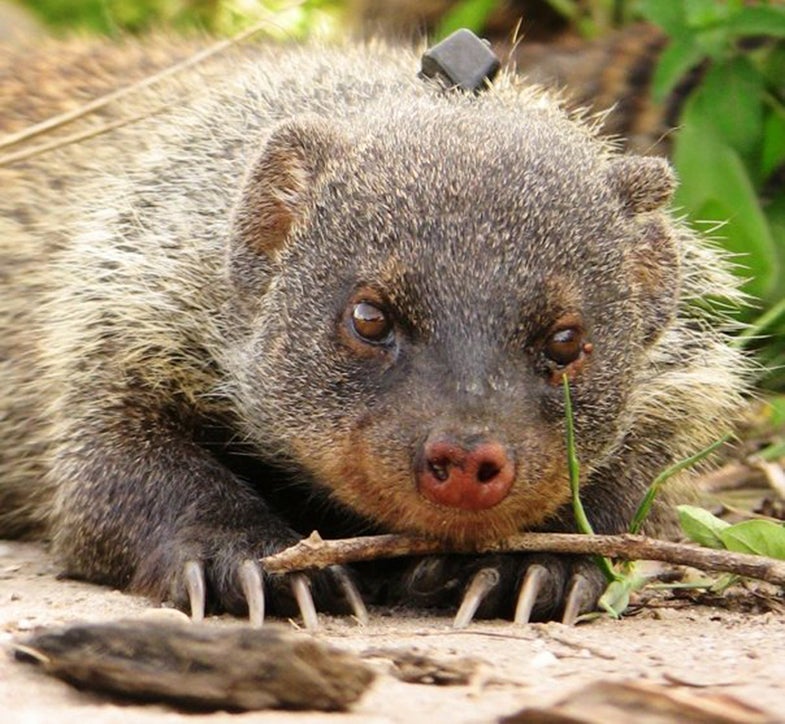 The evolution of speech is a complex story, but one key feature is we humans’ ability to form intricate sounds using vowels and consonants. Animals have simpler anatomy, so they can’t produce as many distinguishable sounds, instead combining their basic noises into more complicated patterns that become things like birdsong. But it turns out even the monosyllabic noises work like a sort of Morse code, with specific structures that contain different information.

Behavioral biologists from the University of Zurich studied banded mongoose in Uganda, observing their behavior and listening to their calls. They recorded contact calls, which only lasted between 50 and 150 milliseconds, and broke them into their constituent parts.

The first bit of screechy call works like an identifier, providing information about the animal making the racket. This is important for mongoose relationships, because the animals can recognize individuals based on this sound. The second, more tonal part of the call indicates what the animal is doing. Study coauthor David Jansen compared that second part to a vowel, and says it shows for the first time that mongoose, at least, make sounds in a way that bears some resemblance to the way we build words. The study appears in BMC Biology.

Animal behaviorists should start listening more closely to other seemingly monosyllabic creatures, they added–from bats to frogs and more. We have evidence that dogs and cats can talk, so of course this makes sense.