The Disco Clam Has A Built-In Strobe Light 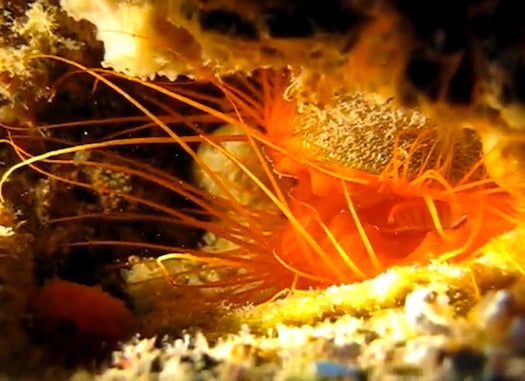 The disco clam is truly one of the most tragic of nature’s creatures. It uses it reflective lip to control an awesome strobe-light show, but it has no real appendages to dance with. So if not for dancing, why does the clam bother?

Researchers from the University of California, Berkeley are trying to figure that out. First, they looked into how the clam produced the strobe. When they’re in a bright spot, the researchers determined, the reflective cells on the edge of the mollusks’ mantles light up. But the team also discovered that the clams moved their reflective lip in the dark, too. They’re reflecting blue light, which is detectable farther away in the ocean than other wavelengths are, but it’s not completely clear what the purpose of that is.

The researchers suggest the disco clam might do what it does to lure in prey, attract a mate, or ward off predators, but they’re not sure. Maybe it’s just groovin’, guys.