NASA's three worst tragedies all happened this week--46, 27 and 10 years ago. 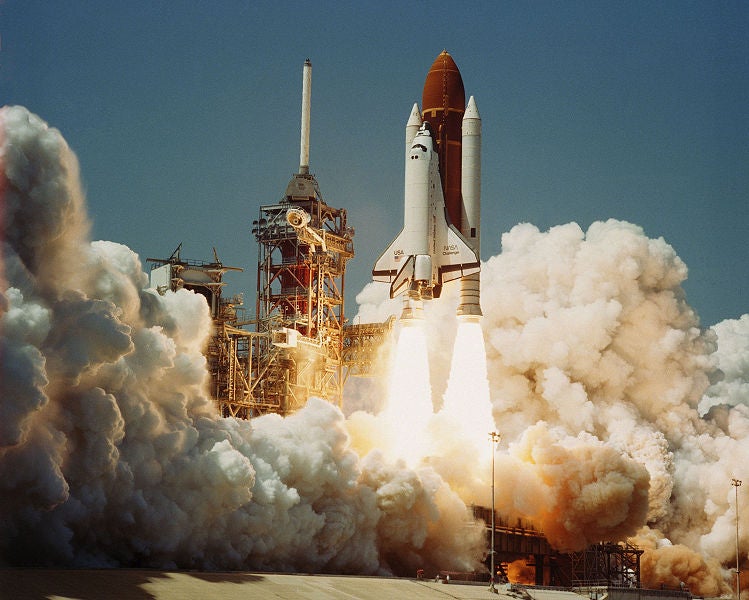 The days between January 27 and February 1 are the most difficult week of the year for NASA. The annual space program shiva, honoring the three disasters that claimed 17 astronauts’ lives, is always fraught with emotion and regret. But it’s also a time to think about what those astronauts were doing and why, and that means it’s also a time to be proud, and to remember what we have learned since their loss.

Each time, NASA paused its human spaceflight programs to not only mourn, but piece together what happened. Each time, review boards found not only physical problems, but institutional ones, driven by budgets sometimes but also decidedly human problems like ego and apathy. Each time, NASA learned something from its mistakes. Here is what Dr. Jonathan Clark, husband of Columbia mission specialist Laurel Clark, said about that: “You have got to find ways to turn badness into goodness. You have to. It’s the only way you get through this.” Here are some of NASA’s lasting lessons. 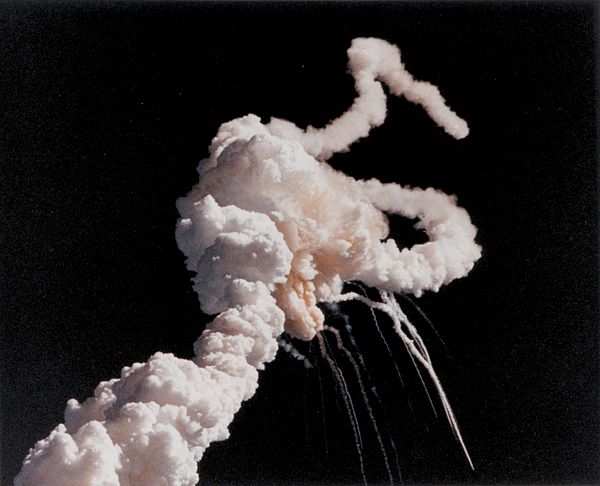 This image shows exhaust from the shuttle’s main engines and solid rocket booster wrapped around a plume of gas from the external tank. The orbiter broke apart in the ensuing g-forces.

The goal of the shuttle program was to put people in space on a regular basis, and in the shuttle’s early days, NASA was roundly mocked for flight scrubs and other delays. Managers felt pressure to get Challenger off the launch pad even despite frigid temperatures. This was also partly due to timing with subsequent missions, which were to launch important planetary probes. Despite mythology to the contrary, there was no political pressure from President Reagan or anything like that–but launch pressures were real. So were rampant communication failures, which “permitted internal flight safety problems to bypass key Shuttle managers,” in the words of the post-accident Rogers Commission. Among many changes to the program after the disaster, NASA committed to a more realistic, less frequent shuttle launch schedule. 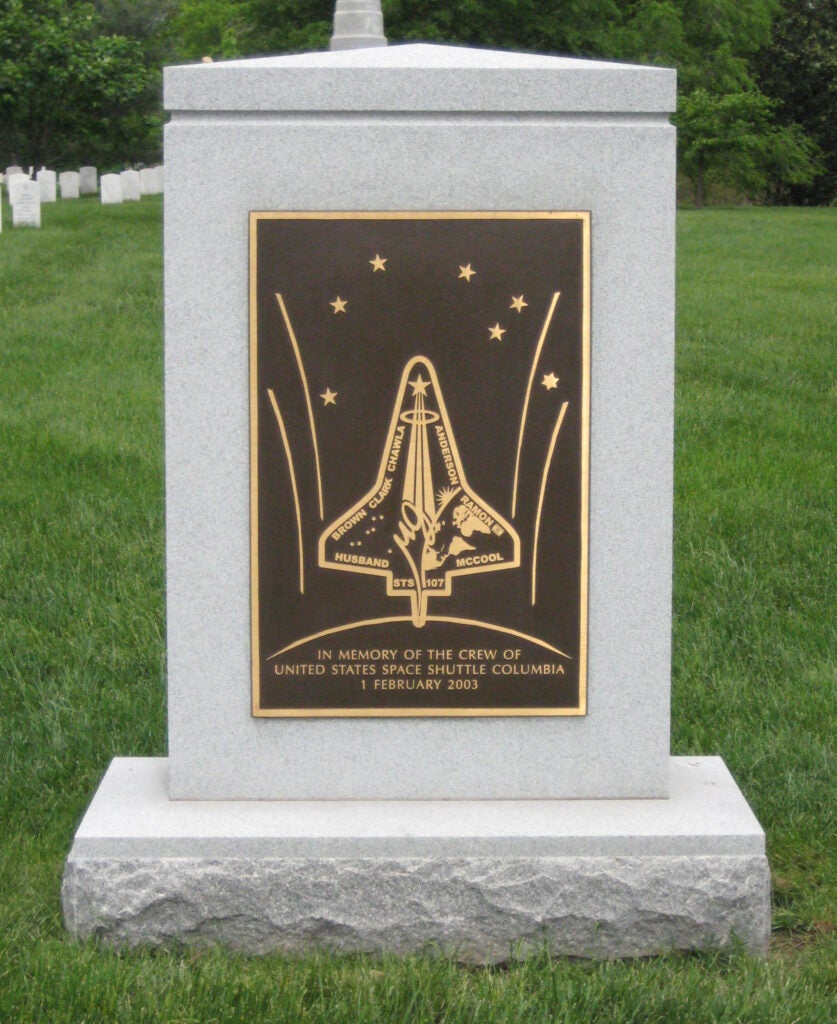 A memorial to the fallen crew of STS-107 at Arlington National Cemetery.

Columbia: Workers should speak up, and managers need to listen

The Columbia Accident Investigation Board found that NASA failed to learn many of the lessons it should have taken to heart after Challenger. Chief among them was the engrained institutional flaw that prevented mid-level workers from raising safety concerns in a realistic, meaningful way. Columbia suffered irreparable damage to the leading edge of its left wing during launch, when a briefcase-sized chunk of insulating foam broke off the external fuel tank and slammed into its thermal tiles.

In NASA’s own design specifications, this type of incident would have to be resolved before launch could go–but it became so common that engineers came to see it as routine. The Orlando Sentinel, which covers the shuttle program like a caring friend, has a lovely 10-year anniversary spread this week for Columbia that explains how NASA knew about the problem. Engineer Rodney Rocha wanted the agency to get better images of the tile damage before re-entry, but he was ignored, in part because managers couldn’t believe a small chunk of Styrofoam could doom the shuttle. Now Rocha is asked to speak at NASA centers about lessons learned since Columbia. Speak up, he says. 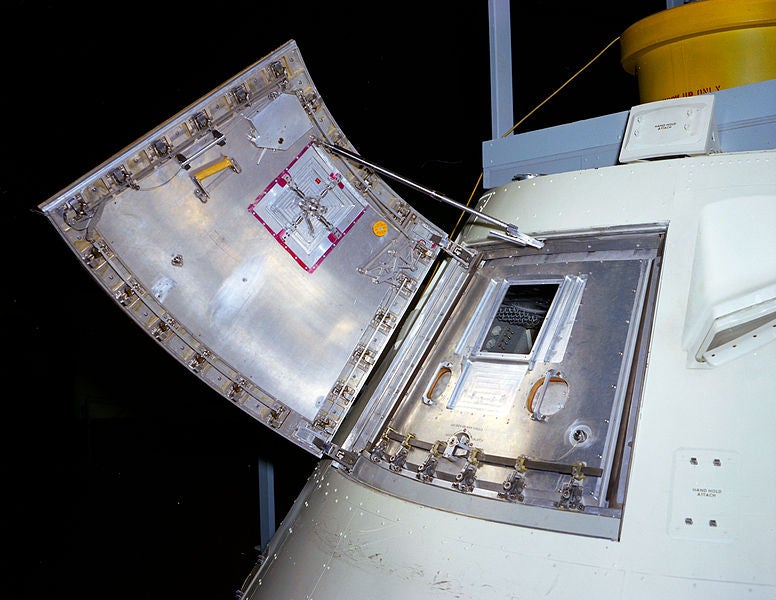 The block I hatch as used on Apollo 1 consisted of two pieces, and required pressure inside the cabin be no greater than atmospheric in order to open. The mission’s crew perished in a fire when they could not open the hatch.

Apollo 1 was less than a month from launch on Jan. 27, 1967, when her three crew members climbed in for a launch pad test. The goal was to determine whether the spacecraft would function as planned when it was detached from all its cables and umbilicals. The hatch was sealed and the cabin filled with pressurized pure oxygen. Gus Grissom, Edward White and Roger Chaffee conducted several tests that day, and a voltage spike started a fire five hours after the “plugs-out” tests began. Many things changed after the three perished. After the fire, NASA redesigned the Apollo capsules to open outward instead of inward; the cabin atmosphere was changed to 60 percent oxygen and 40 percent nitrogen; and several wiring and plumbing systems were reorganized. But more broadly, NASA realized for the first time the dangers of being too “gung-ho,” as Gene Kranz put it.

Charlie Bolden, NASA’s administrator and a former astronaut, told NBC these lessons and others were crucial for the continued success of the space program. The International Space Station and the coming age of commercial space vehicles would not have been possible without the sacrifices of the fallen astronauts, he told Alan Boyle. You can read the full interview here.

“What their sacrifice brought is what we should really be thinking about: the fact that they dared to challenge and do things differently,” Bolden said. “Because of what they did, we’re well on the cusp of going deeper into space than we’ve ever gone before.”