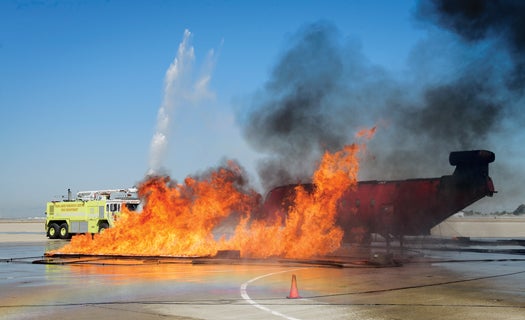 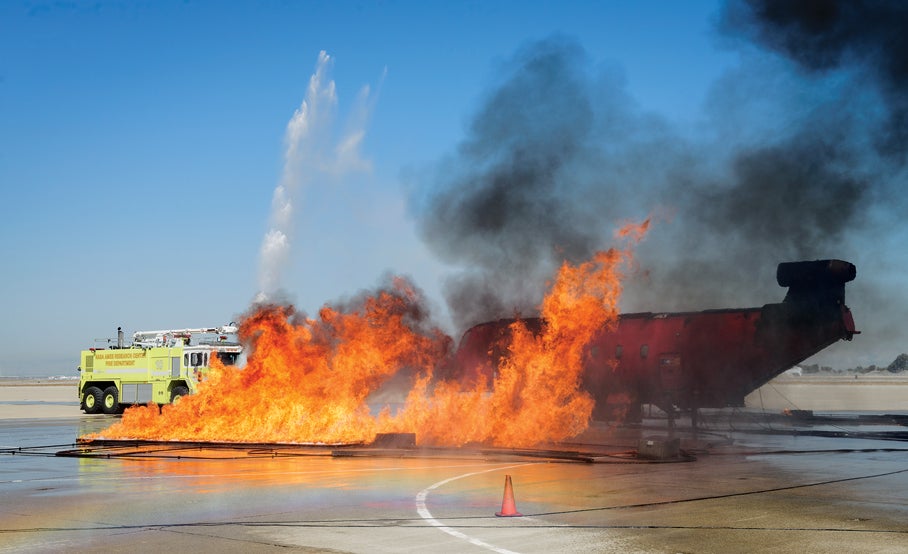 From the outside, Daddy’s Girl Rose Etta II looks like an ordinary Beechcraft 1900 plane. But commercial aircraft don’t come equipped with 14 pilot lights that engulf them in flames on command. Named after a World War II B-17 bomber, Daddy’s Girl Rose Etta II became the first FAA-approved mobile aircraft-fire simulator in 1996 when the Michigan Department of Transportation and Kellogg Community College commissioned it. Since then, more than 17,000 firefighters in 20 states have practiced on the craft.

An eight-hour training day with the $500,000, 19-passenger simulator burns through 800 gallons of propane. Firefighters tame 30-foot-high flames on the tarmac, extinguish engine fires, and storm the plane to rescue dummies from 300°F temperatures. (For added realism, the dummies plead, “Help me, help me! I’m on fire!”) An instructor stationed nearby controls the flow of propane. Because propane is less flammable than jet fuel, cutting off the supply can kill the fire in a few seconds. At the end of the day, workers fold the plane down to one sixth its original width so that it fits onto a truck bed for its next destination. 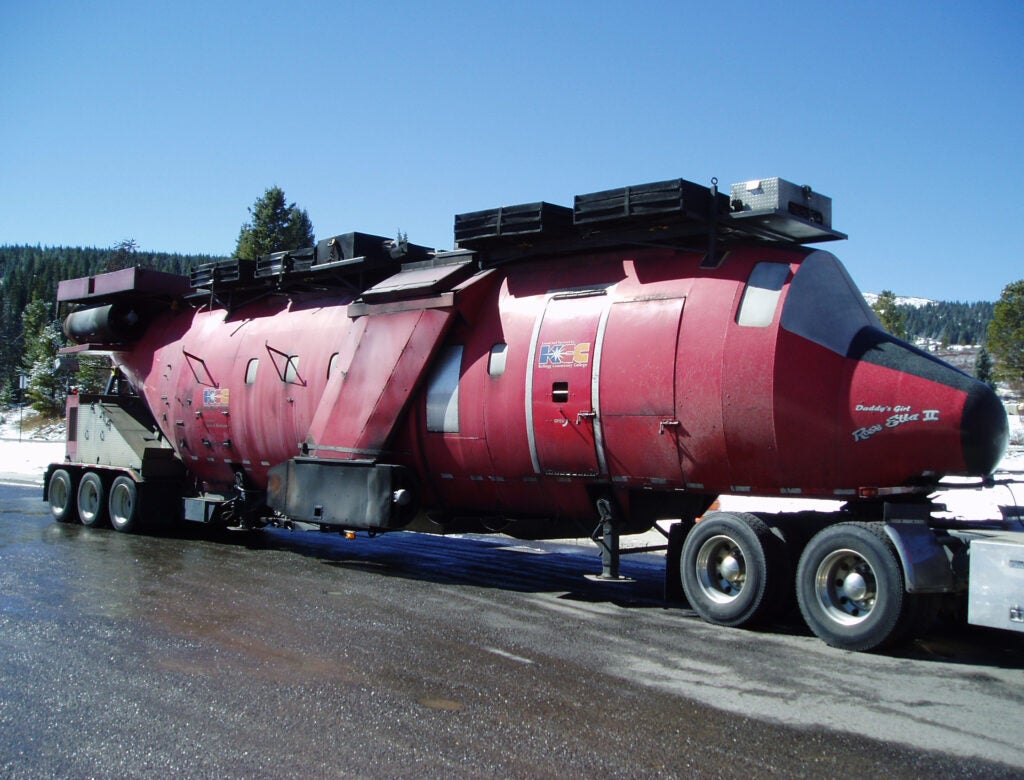