What is the difference between a lager and an ale?

Hint: it has nothing to do with the beer's flavor. 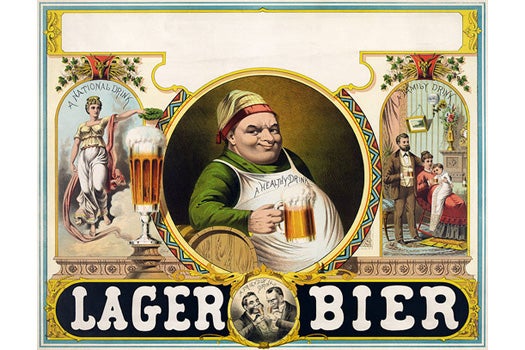 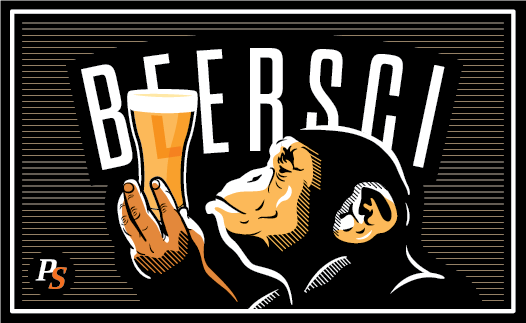 For the average beer drinker, the difference between an ale and a lager comes down to how the beer looks, smells, and tastes. Ales tend to be fruity-estery, while lagers are clean-tasting and frequently described as “crisp.” But to a brewer, the difference is more fundamental than that. It’s not color, or flavor, or aroma, or hop/grain/malt varietals or even water hardness that separates a lager from an ale. Simply put, lagers use an entirely different type of yeast during fermentation. All of the knock-on effects — from different flavors and aromas to decreased fermentation temperatures — arise from this difference. You’ll hear some beer pedants describe the difference as “top-fermenting” (ale) vs. “bottom-fermenting” (lager) yeast, which is generally accurate, but useless to those who have no interest or experience with brewing.

Lagers are relatively new to the brewing scene. They first arose in Bavarian breweries in the late 15th or early 16th century, then eventually spread to the rest of Europe (most famously to Plzeň, the birthplace of pilsner) and eventually to the rest of the world. All of those beers you think of as “national” brands — Heineken, Tsing Tao, Sapporo, Kingfisher, Budweiser to name just a few — those are all lagers. Lager yeast, Saccharomyces pastorianus, was first isolated and described in 1904 by the Danish mycologist Emil Christian Hansen while working at the Carlsberg brewery in Denmark. He discovered another lager strain in 1908, which he named Saccharomyces carlsbergensis. These two have since been determined to be the same yeast, now called by the oldest name given, S. pastorianus. (I only mention this because you’ll run across people talking about S. carlsbergensis occasionally, and I want to make it clear that the name is now synonymous with S. pastorianus.) 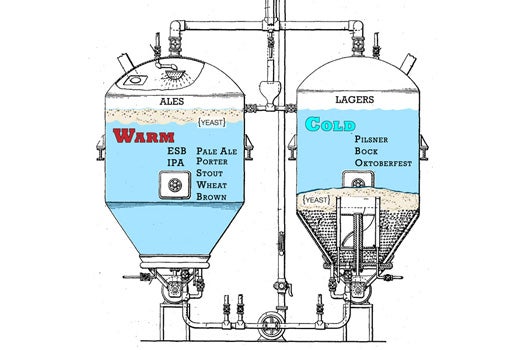 Here’s the thing about the lager yeast genome. It possesses many similarities to that of ale yeast, Saccharomyces cerevisiae — it in fact has whole stretches that are identical to S. cerevisiae (as you’ll find out, there’s a reason for this). But lager yeast behaves in a profoundly different manner than ale yeast. The most obvious difference is that lager yeast works best in cold temperatures — temperatures that would make an ale yeast go dormant. Further, unlike ale yeast, no “wild-type” lager yeast has ever been found in Europe and lager yeast need humans to continue its propagation. Finally, ale yeast usually spends its life as a diploid organism. Lager yeast is what biologists call “allotetraploid”: it has four copies of its genome, which is made up of genomes from two different species.

So, where the hell did lager yeast S. pastorianus come from? And why did it only show up in the 1500s, thousands of years after humans figured out how to brew with S. cerevisiae? The answer came in 2011, with the publication of “Microbe domestication and the identification of the wild genetic stock of lager-brewing yeast” by Libkind et al in Proceedings of the National Academies of Sciences. In it, the researchers analyzed 6 yeast genomes: S. pastorianus, S. cerevisiae, two contaminant Saccharomyces species found in breweries, S. bayanus and S. uvarum, and two wild strains. The scientists knew through prior research that Saccharomyces species thrive on oak trees in Europe. After collecting samples from forests all over the world, they isolated two cold-tolerant yeast strains from the forests of Patagonia in Argentina.

After analyzing the genomes of these cold-tolerant strains, the researchers discovered that they were members of an entirely new species of Saccharomyces yeast, which they named Saccharomyces eubayanus. The “eubayanus” part is interesting, because what the scientists also determined in this study is that the contaminant strain S. bayanus found in the European brewing environment isn’t, as previously thought, actually its own species. It is a domesticated hybrid strain of this Patagonian yeast. The “eu” part of “eubayanus” is to indicate that the Patagonian strain is the pure progenitor species.

Think of it as a Thunderdome of yeast taxonomy: Two species enter; one species leaves. Followup research, which I dug out of a Powerpoint presentation by the lead author from November 2012, indicates that many distinct strains of S. eubayanus exist in South America, which strengthens the argument that the strain is indigenous to the area.

But what of lager yeast? Well, once the researchers compared the genomes of S. cerevisiae, S. eubayanus and S. pastorianus, it became clear that S. pastorianus — lager yeast — is a hybrid of S. cerevisiae and S. eubayanus. Basically, that lager yeast allotetraploidy I spoke of earlier? Two sets of lager yeast chromosomes are from ale yeast, and two are from this wild Patagonian species. The Patagonian species is what gives lager yeast its interesting cold-tolerant and sulfite-metabolizing characteristics–characteristics that manifest in the distinctive flavor and character of lager beer. Lager beer is fermented and then “lagered” (stored) in caves for a period of weeks or months at temperatures hovering in the 40s Fahrenheit. This low-and-slow fermentation means that lagers taste “clean” and lack the fruity esters characteristic of ales. Further, because of the sulfite metabolism, lager beers usually smell a lot like rotten eggs during fermentation (this is normal), and a very (VERY) slight bit of dimethylsulfide (DMS) character in the end beer is considered proper for the style.

From Eubayanus to Pastorianus

Ale yeast and yeast from the forests of Patagonia met in a brewery…and lager was born! To see this graphic in all of its glory, .

Those who remember their history will already know the answer to why lagers have only been around for a few hundred years. Yes, the discovery of the New World and the establishment of trans-Atlantic trade happened at the same time. While nobody actually knows how S. eubayanus got to Europe — it could have hitched a ride on a fruit fly or a piece of wood — the researchers speculate that hitch a ride it did during the early years of trans-Atlantic trade, then eventually ended up in the cold-fermenting vats of Bavarian beers. There, S. eubayanus fused with S. cerevisiae to form a hybrid strain, which then evolved in the brewing environment by dropping some genes here and there — the cold and high-alcohol environment of a brewing vat made sure to kill off any unfit mutants — to the new brewing strain S. pastorianus: the modern lager yeast. Which then, via trade or early corporate espionage, traveled to breweries across continental Europe and beyond. And, like ale yeast, each time S. pastorianus arrived at a new brewery, it quickly adapted to its environment, forming the various lager strains available today.

What about poor, demoted S. bayanus? Well, the researchers figured out that this strain actually arose when the newly minted S. pastorianus fused with European-endemic contaminant species S. uvarum in the same brewing vats. So, S. bayanus is a hybrid of a pure species and a hybrid of S. eubayanus and S. cerevisiae? Yes, this reads like some horrible unicellular soap opera, and that’s OK. Biology and brewing are both messy practices that frequently produce something entirely unexpected. In the case of all of those cold-tolerant S. eubayanus strains being isolated in Patagonia, who know? Maybe with some tweaking so they can tolerate the products of fermentation, they’ll eventually produce an entirely new kind of lager yeast.