And particle accelerators, and four-dimensional space, and a bunch of other cool stuff. Just watch these videos. 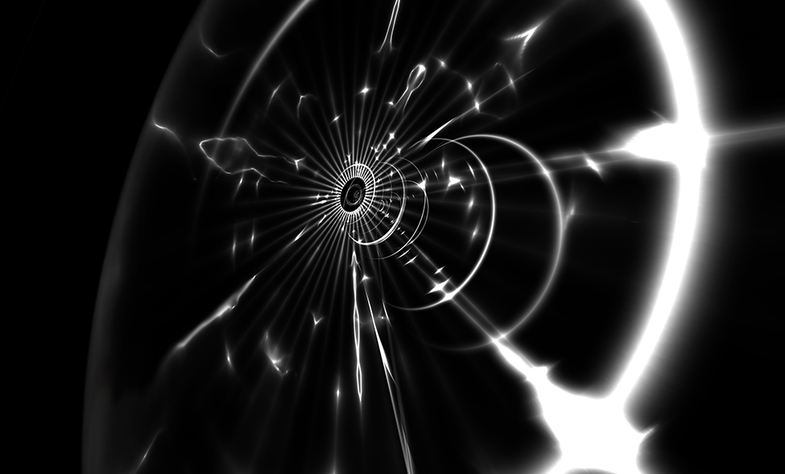 Cyclotone is like a cyclotron for sound. The geometric shapes take their cues from the aforementioned particle accelerators and experimentation with 4-D space, but they are also deformed and altered by the sounds, which Prudence pulled from a variety of sources to make the whole representation literally hum and pop with energy. It’s also really, really awesome-looking. Find 4 spare minutes and some time to meditate on space-time today and watch the intro. We bet we won’t have to talk you into finding 4 more minutes to watch the finale.