What The Research Says About “Rampage Violence”

Studies of "rampage violence" have only been around for about a decade, but researchers are still working hard to understand and prevent it. Here's the current state of the field. 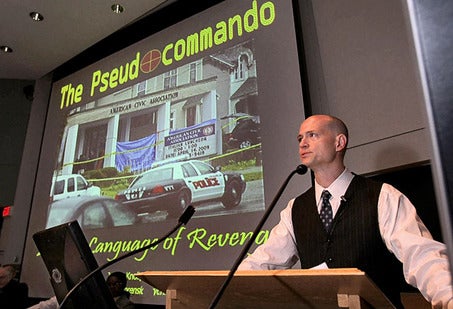 It’s only been about a decade since psychological research has begun looking at what’s increasingly being called “rampage violence,” of the type that led to this morning’s elementary school shooting in Connecticut as well as this year’s shooting in Aurora, CO, and so many more. They are all separate events, but the psychological community has begun to attempt to analyze them as a whole to see if we can better understand why these “rampages” happen–and if there’s a way to prevent them.

Journalist’s Resource rounds up a whole bunch of these studies, which attempt to nail down such specifics as the motivation, the aesthetics, the specific classification, and the attitudes of the shooters in these events. “The ‘Pseudocommando’ Mass Murderer: Part I, The Psychology of Revenge and Obliteration,” for example, identifies a type of murderer “who kills in public during the daytime, plans his offense well in advance, and comes prepared with a powerful arsenal of weapons. He has no escape planned and expects to be killed during the incident.”

A few other studies try to predict the dangerousness of various people perceived to be at risk of displaying this kind of behavior, a few look at the post-traumatic effects on those who have survived or known victims in shootings, and there are also a couple oddballs. One compares support for gun rights with support for gay marriage, and one takes an aggregated look at studies comparing violence with videogames.

And of course you have to take these with a grain of salt; it’s a new area of study, and one which requires a lot of guesswork and shaky connections. But examining these events from a psychological perspective could hopefully give us clues in the future that could help stop them from occurring.