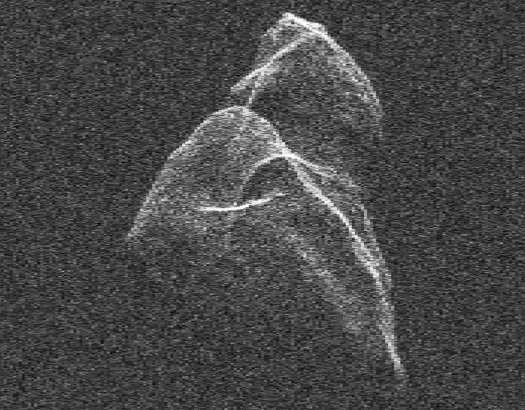 The three-mile-long chunk of space rock that swung past Earth early this week never got closer than a distance of about four million miles, but NASA scientists still managed to catch it on tape.

On December 12 and 13, scientists aimed NASA’s Goldstone Solar System Radar precisely at the passing asteroid, and used the returning radio-waves to build detailed pictures of the object’s surface. They then assembled all those still frames into two short video clips.

There’s just something amazing about watching a rock spin through space millions of miles away: