What Ancient Antarctic Microbes Reveal About The Hunt For Extraterrestrial Life

Dozens of feet below the surface of Antarctica in an environment inhospitable to most life, a diverse colony of microbes is flourishing. 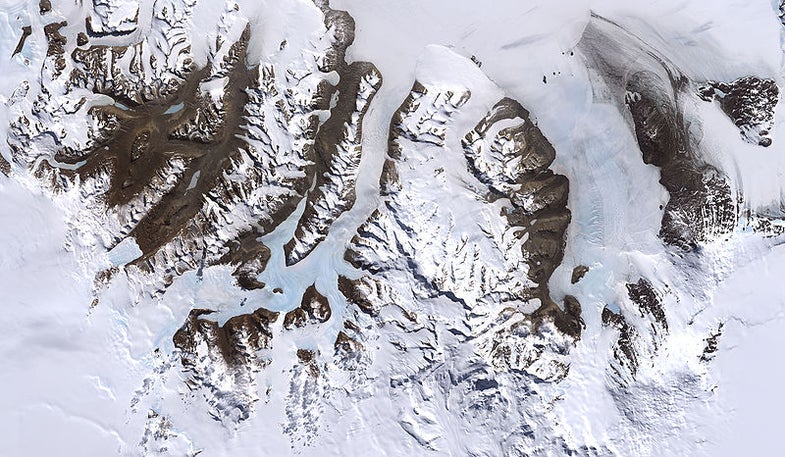 Robert Simmon, based on data provided by the NASA GSFC Oceans and Ice Branch and the Landsat 7 Science Team
SHARE

In a frigid lake some 65 feet below Antarctica’s icy surface, NASA scientists and their partners from the Desert Research Institute in Nevada and several other institutions have made an important discovery both for our understanding of life on Earth and for the search for extraterrestrial life. In the briny depths of Lake Vida, an oxygen-free, nitrous oxide-rich saltwater body buried underneath Antarctic ice for millennia, the researchers have found a thriving colony of bacteria. This, in an environment that would instantly extinguish most life.

Despite the cold (it averages 8 degrees below zero) and lack of sunlight, as well as the extreme isolation and high salinity (six times greater than that of normal seawater), these bacterial colonists survive, and apparently have been surviving for some time. Previous studies of Lake Vida suggest the icy habitat has been isolated from the surrounding environment for more than 3,000 years, making it an excellent analog for the conditions that might be found in the subsurface environs of Jupiter’s moon Europa or Saturn’s Enceladus.

Studying these bacteria and the processes by which they sustain life in such harsh environments could lead to better understandings of how life might survive (or has survived) on planetary bodies aside from Earth. For instance, geochemical analysis of the bacteria found at Lake Vida suggest that the brine and the iron-rich sediments blanketing the bottom of the lake share in a chemical reaction that produces nitrous-oxide and molecular hydrogen. That hydrogen may be what provides energy to the life cycle that exists there–a mechanism for supporting microbial life that isn’t well-understood but could underpin ecosystems elsewhere in the universe.

More on this over at NASA.