New techniques will circumvent ethical concerns, and maybe lead us to the medical holy grail. 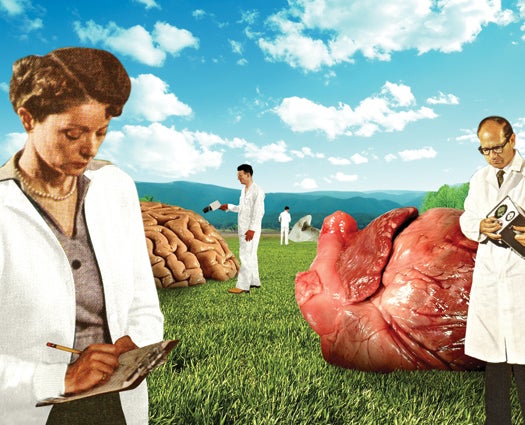 During 2012, two scientific teams announced, in separate studies, that they had transformed ordinary adult skin cells into neural cells, a breakthrough that could change the course of human stem cell research. Stem cells hold enormous potential for medicine because they can develop from undifferentiated cells into a variety of specialized ones. But their use has been stymied by ethical concerns; most are harvested from human embryos, which are destroyed in the process.

In 2006, Shinya Yamanaka of Japan’s Kyoto University figured out a way to bypass embryonic cells: He generated stem cells from skin cells, a discovery for which he shared the 2012 Nobel Prize in medicine. But his method was slow and inefficient. The new techniques­—pioneered by Marius Wernig of Stanford and Bronwen Connor of the University of Auckland in New Zealand—involve inserting genes into skin cells that force differentiation. Both efficient and scalable, the work could stimulate a cascade of follow-up research focused on developing other cell types in 2013.

Access to large numbers of specialized cells could change how doctors study disease and how pharmacologists test drugs, which could in turn bring about new treatments tailored to individuals. It could even lead to that holy grail of medical science: the ability to grow new tissue and organs from the patient’s own cells, virtually eliminating the possibility of rejection.

While such benefits are hardly around the corner, Connor is optimistic that circumventing the use of embryonic stem cells has cleared the path. “I think we’re on the cusp,” she says. “There’s no ethical concern. You take a skin biopsy and off you go.”