Megapixels: A 1-Billion-Ton Plasma Explosion On The Sun’s Surface

This coronal mass ejection brought auroras to the Northern Hemisphere. See it explode! 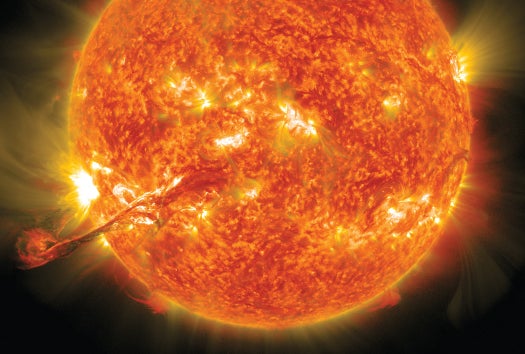 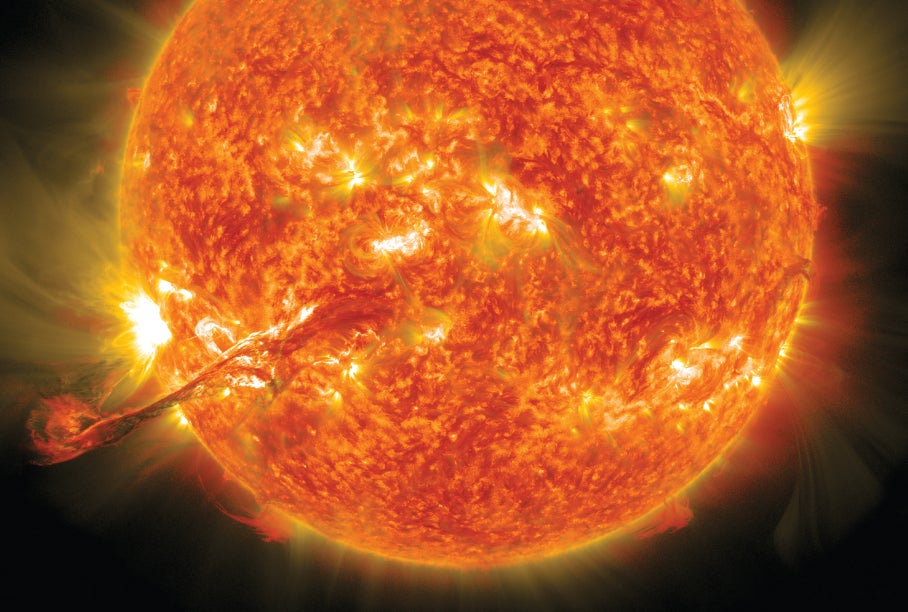 On August 31, 2012, more than one billion tons of plasma exploded from the sun’s surface and began speeding toward Earth at approximately three million mph. Unlike a solar flare, which is a burst of extreme radiation, a coronal mass ejection (CME) is an eruption of million-degree electrified gas. Because the sun spins faster at its equator than at its poles, its magnetic fields twist to the point of breaking as often as three times a day. When they reconnect, the energy involved pushes plasma clouds into space.

A camera aboard NASA’s Solar Dynamics Observatory satellite captured this 200,000-mile filament right before it detached; a 304-angstrom-wavelength filter enabled scientists to see the plasma. Three days later, the CME produced a benign effect: auroras over the Northern Hemisphere.