Asterank 3D: A Visual Guide To Getting Rich In Space

Those big chunks of bare rock hurtling around the asteroid belt? They might be worth something. An interactive roadmap shows how to cash in. 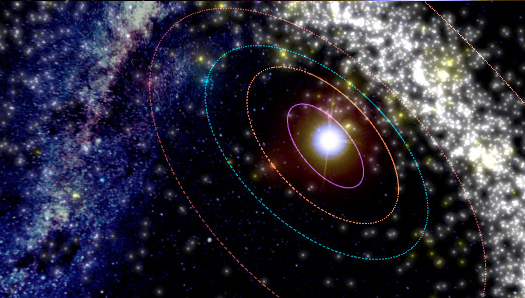 Imagine it: trillions of dollars worth of precious metals, fossil fuels, and fresh water, just lying around waiting to be claimed by anybody with a little know-how and an adventurer’s spirit–any lucky person willing to travel a few million miles into the great black unknown, latch on to a big hunk of funny-shaped rock, and claim ’em!

Asteroid mining may be down the road a piece yet, but that doesn’t mean it’s too early to start scouting. With that in mind, we give you Asterank 3D, the first visual guide to our solar system’s most valuable resources.

Software engineer Ian Webster created Asterank 3D to visualize the data in Asterank, a database with economic and astronomical information on over 580,000 asteroids in our solar system that Webster built using data from the Jet Propulsion Laboratory’s Small Body Database and several other sources. Each object in the database is ranked according to its total value and accessibility from Earth. Webster also gives an estimate of the total profit–taking into account costs of processing and transport–of mining each asteroid.

While Asterank presents all the best, most up-to-date information on our exo-resources, the database comes with one big caveat: “Scientists know shockingly little about the composition of asteroids,” Webster writes on the About page. “This information scarcity is exactly why Planetary Resources is going to spend years or even decades investing in LEO-telescopes and data-gathering flybys before they ever touch an asteroid.”

So if you really are the prospecting type–and you’ve got a fair chunk of start-up capital on hand–the folks over at Planetary Resources can help get you set up.