In 1972, the astronomer was discovering properties of Mars we never thought possible. 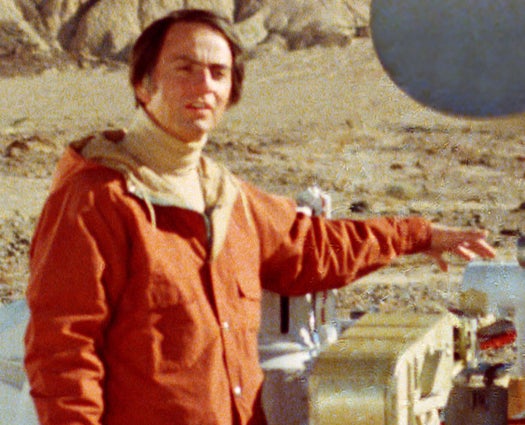 Carl Sagan, everyone’s favorite late astronomer, would have been 78 today. We can’t think of anyone who inspired so many people to love science and the universe than good old Sagan. This year, we’re looking back to an interview with the scientist that appeared in our September 1972 issue. At the time, he was really stoked about Mars.

At the time of publishing, the scientific community was trying to figure out just what Mars was like, and photos from the Mariner 9, a NASA space orbiter, had recently revealed that the red planet was completely different than we thought. The scientific community decided that Mars was a dead planet, but the photos showed evidence of high winds, dust storms, massive geological craters that would rival the Grand Canyon, and the possibility of running water. PopSci turned to Carl Sagan to explain these exciting new findings.

Sagan told us the Mariner 9 photo results he found most significant were evidence of changes due to windblown dust, evidence of volcanic activity, evidence of running water and recession of polar caps. These findings are now coming full circle as the Curiosity rover gets up close and personal with the Martian terrain. It only took some 40 years. 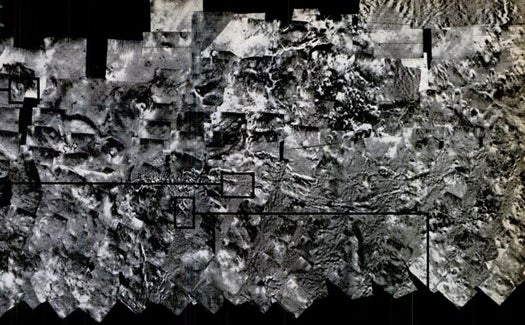 Mosaic Of The Martian Surface

Though many thought that conditions on the red planet–including low night temperatures and lack of atmospheric oxygen and ozone–were too harsh to support life, Sagan begged to differ. According to his research, microorganisms did have a chance for life on Mars. Here’s what he said on the subject:

In my view, that’s an exceedingly provincial conclusion. We, and others, have done experiments in which we simulate all these conditions in the laboratory. We found that even a wide variety of terrestrial organisms survive those conditions perfectly well.

Sagan also believed there could have been water on Mars as recent as 100 years before the interview:

Now, the characteristic sign of things due probably to running water is tributaries, such as the ones you see in some of the Mariner 9 photos. Tributaries are not produced by flowing lava and pose serious difficulties for being understood in any terms other running water. They are the key to the water hypothesis.

If only Carl Sagan could see what we’re doing on Mars now! He died in 1996 in Seattle, but perhaps he would’ve been really excited to know that a rover was giving itself dust baths on a nearby planet.

Read the full story in our September 1972 issue: Close Up Photos Reveal A Turbulent Mars.