As Kilauea Volcano Spews Lava Into The Ocean, Tourists Flock To The Scene

Unlike hurricanes or earthquakes, this natural disaster could actually encourage tourism. 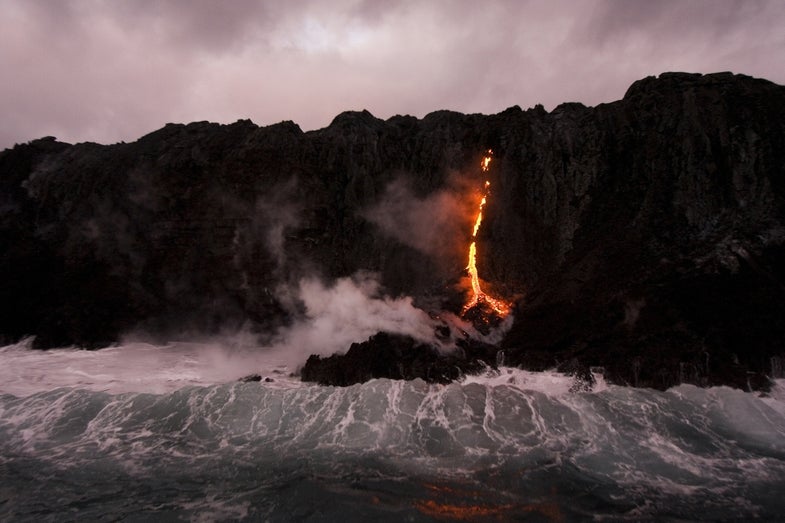 Remember those plucky writers who were reckless enough to walk outside during Hurricane Sandy? Oh, right…that was us. But we at PopSci might not be the only ones who enjoy a good disaster despite the danger. A volcano pouring lava into the ocean, for example, might be pretty impossible to resist. Hawaii tourism officials are banking on that.

The Kilauea Volcano has been erupting since 1983, but Saturday lava from its vent started flowing into the ocean. While Hawaii tourism officials expect many tourists to come see the live lava show, security workers are urging them to stay back. The lava forms new land in the ocean that is prone to collapse and could spray people as close as 100 yards away with hot water and molten chunks. Workers put up barriers during approved visiting hours so spectators can enjoy the tourist hotspot without getting seriously injured.