A one-atom-wide probe scans a molecule to get the view. 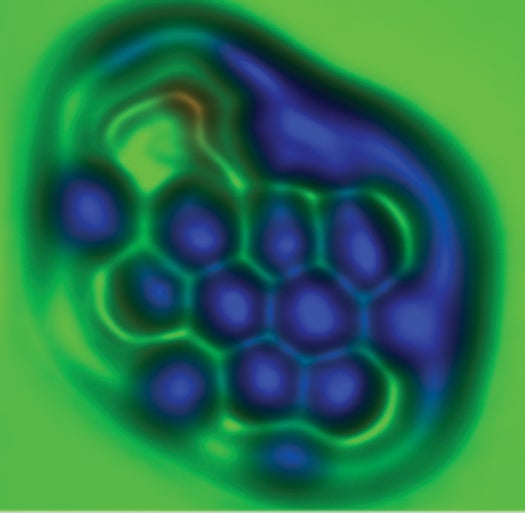 For the first time, scientists have used an imaging technique that’s so precise that it’s possible to see the different lengths of individual atomic bonds. Using a method called non-contact atomic force microscopy, IBM researchers scanned a microscopic probe with a tip only an atom wide over a nanographene molecule and measured the forces between the probe and the sample. In this colored image, the bonds with more electrons—which are also shorter—are a brighter green.