What Do Scientists Know About Mining Asteroids?

Not much--yet. Before we move to mining's final frontier, we'll have to fill in some gaps. Here's a visualized look at what we do know, and what we're lacking. 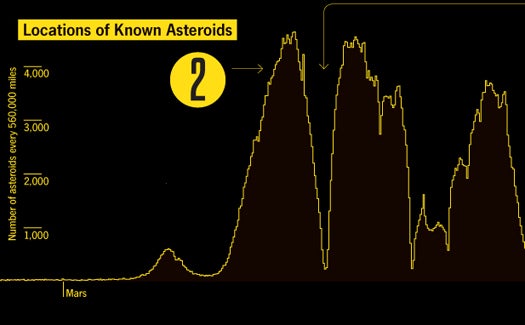 In April, Planetary Resources, a newly formed private space company, announced that it would begin mining asteroids for water in 2020. Asteroids, the firm said, could also be a valuable source of platinum-group elements (PGEs), six metals used in industrial chemical reactions and devices such as catalytic converters. Earth contains only four high-grade PGE deposits, and the demand for the metals is increasing. But is there enough information to know where to dig? The basics are clear—how asteroids form, where they are located, and, roughly, what they’re composed of—but details are scarce. Upcoming missions, including those by Planetary Resources’ own prospecting spacecraft, may fill in some of the holes. But if space mining is to work, prospectors will need much more accurate information about the solar system and its minerals. 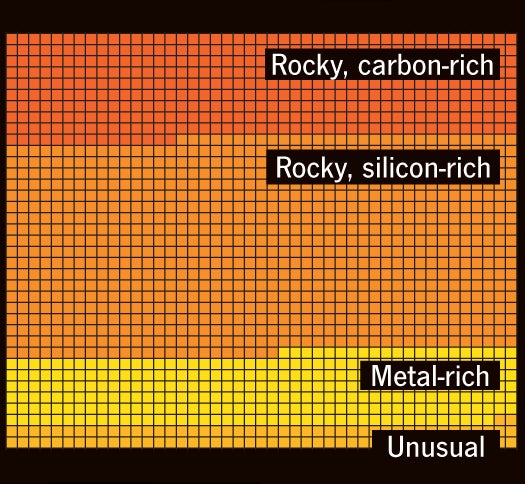 Only one third of 1 percent of all asteroids have known composition, mostly from ground-based telescopic observations. Of those 1,665 classified objects, fewer than 300 have metal-rich surfaces.

1) Of the 585,081 known asteroids between the sun and Jupiter, 562,224 are in the main belt between Mars and Jupiter. 2) The innermost peaks have the most accurate asteroid counts, as rocks at the inner edge of the asteroid belt are easier to see from Earth. 3) At certain distances, Jupiter’s gravitational influence ejects smaller asteroids, creating gaps in their spatial distribution. 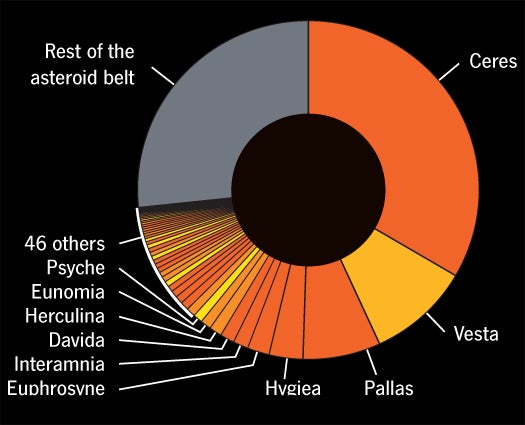 Dwarf planet Ceres makes up a third of the asteroid belt by mass. Only 55 other asteroids have been weighed so far, since calculating the mass requires observing the gravitational tug it gives another passing body, such as another asteroid or a visiting spacecraft. 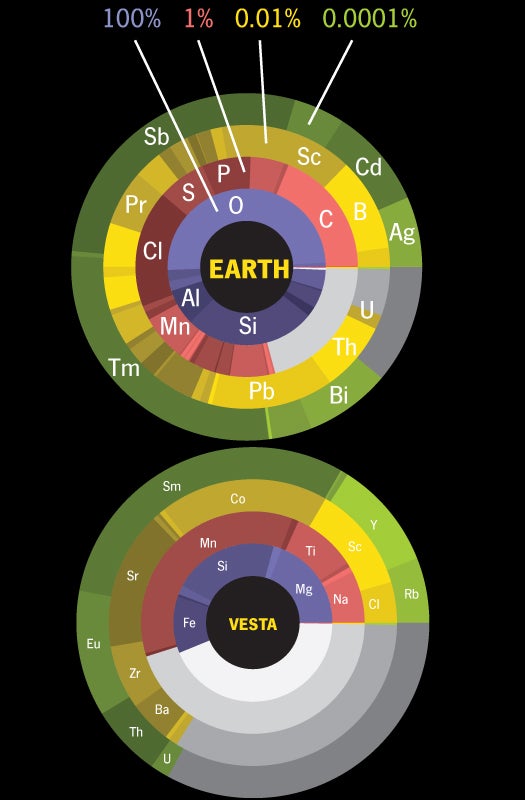 Each segment of these charts represents the relative mass abundance of each element in that body. Moving from the center out, each ring represents 1 percent of the ring inside it. The gray portions are the remaining unknown elements. Vesta is unique among large asteroids, so geologists can identify meteorites that came from it. Analysis of those meteorites allowed scientists to map chemical abundances in more detail than ever before. 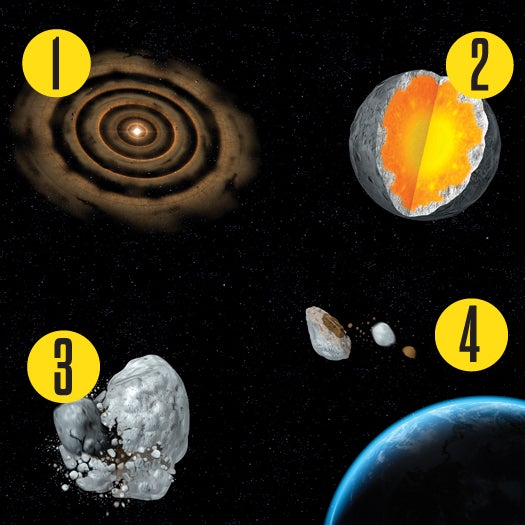 Birth Of A Minable Asteroid

1) More than 4 billion years ago, the dust floating around the sun began to clump together to form larger bodies—asteroids and planets—in the early solar system. 2) A nearby supernova released radioactive aluminum-26, which collected in newly forming asteroids. The heat from the radioactive decay melted the surrounding material. Heavier metals sank to the center while rock floated to the surface. 3) When passing rocks smashed into layered asteroids, they stripped away the rocky crust and exposed the metallic core. The resulting asteroids, with their cores exposed, are miners’ best hope for finding platinum-group elements in space. 4) Eventually some chunks of the original asteroids escaped the asteroid belt and landed on Earth. Scientists use these meteorites to learn about the parent asteroid’s composition, information that could guide future space mining. 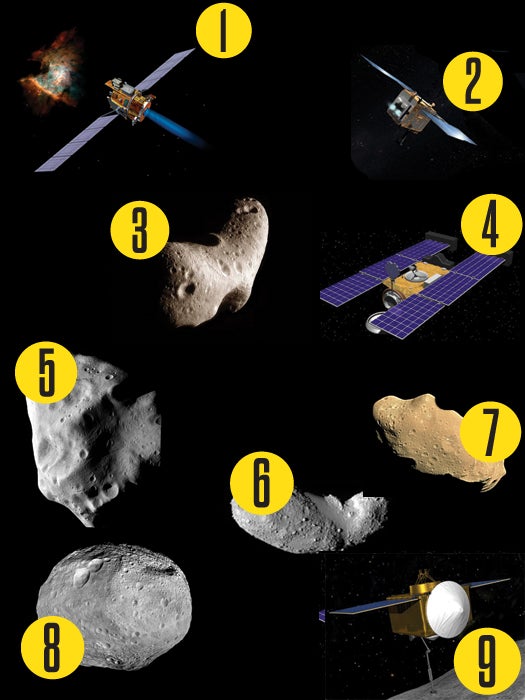 A Selection Of Asteroid Visitations