Tune in for a chance to win "Universe: The Definitive Visual Guide." 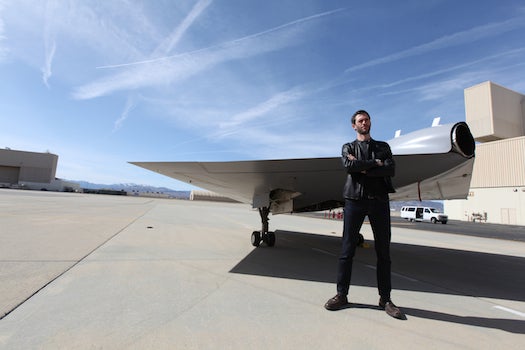 In “Top Secret,” Ward goes behind the scenes at Plant 42, an aviation-testing site near Los Angeles, where private companies build jaw-dropping prototypes under military contract. Read our preview here, then tune in at 8 p.m. ET/ PT for the full episode.

Viewers who can answer a question based on the show have the chance to win this amazing book about the universe from Smithsonian/ DK Publishing. How? Follow us on Twitter (Twitter.com/PopSci). Then tweet your response at us with the hashtag #TopSecretAnswer. Tomorrow at 3 p.m., we’ll pick a random winner from the pool of people who answered correctly.

Got it? Now for the question:

What was the name of the secret, triangle-shaped plane, the stuff of rumor, thought to have been invented during the cold war?

Also check out Ward in “America’s Money Vault,” a look inside the Federal Reserve’s massive system for creating, protecting and destroying money, on Thursday, October 11 at 8pm PT/ET, on the National Geographic Channel.