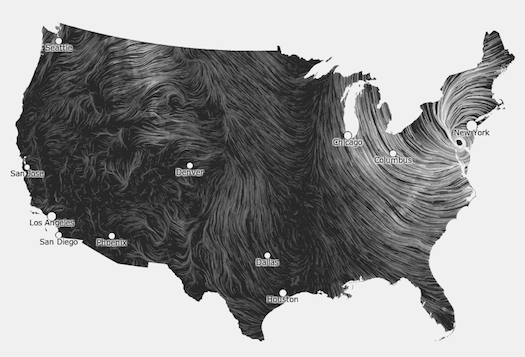 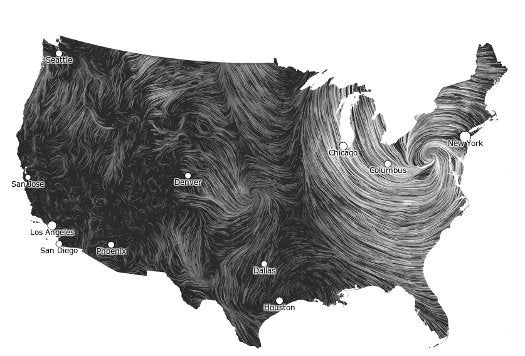 Storms such as the one formerly-known-as-hurricane-Sandy are a font of scientific information. I am sure that many PhD dissertations will result from sifting through the reams of data the storm generated. But that data can also be visually captivating, as in the case of this nifty near-real-time info-vis module of the wind by infographic artists Fernanda Viégas and Martin Wattenberg.

The data itself is actually pulled from NOAA’s National Digital Forecast Database, which is updated roughly once per hour, projects trends for three to six hours in the future, and has a 5-kilometer-square resolution. So, what you’re looking at here is the predicted general trend of wind for the next three hours.

Web content director Suzanne LaBarre took a screenshot of it last night, just after Sandy came ashore. At that time, I was idiotically out in said storm getting my ass kicked by the wind — frankly I would have been better served staying indoors being mesmerized by the moving white lines. Check it out, in all its interactive glory here.