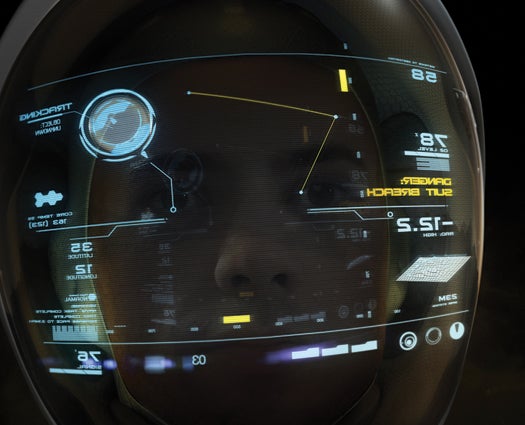 I’m an avid and very mediocre surfer at the breaks near my home in the San Francisco Bay Area. In January and February, when the waves are biggest, the water is so cold that a wipeout means surfacing with an ice cream headache. And yet I can stay out there for hours, thanks entirely to the material known as neoprene. It’s a synthetic polymer, and the gas bubbles inside make it an excellent thermal insulator. Before neoprene, surfers wore wool sweaters into the water. Imagine. From neoprene to antibacterial surface coatings to the materials that let your car crumple around you in an accident, materials science cushions us all against the rigors of the world.

Of course, materials scientists aren’t slapping together wetsuits. They’re working at the atomic scale. So we chose to celebrate their work by highlighting the ways it will affect you. We’ve explored future applications like safer nuclear reactors and self-repairing computers. We’ve even looked into how materials science is going to make possible the next generation of space suits.

I also hope you’ll spend some time with Steve Featherstone’s excellent profile of Andrea Rossi, an inventor and showman who claims to have built a functioning cold-fusion device–a black box that could supposedly produce endless energy. Featherstone flew to Italy and talked this wary (and highly suspect) man into giving him a tour of his creation. In the process, he also got a tour of the whole subculture of cold fusion, a much-ridiculed field that these days goes by the still-untarnished name of low-energy nuclear reaction research. It’s a fascinating world, both because it promises something so spectacular, and because it tends to produce such fraudulence.

For me, it’s particularly interesting to read this article on the eve of the presidential election. I won’t tell you to vote one way or the other. But I hope this piece will remind you of the need to be skeptical about anyone offering a black-box solution to the nation’s problems. Keep your eye on the details. Look for evidence of the hard work. And for heaven’s sake, don’t believe smooth-talking media people who promise that something will change your life. Find out for yourself.

Go here for the latest issue of Popular Science.