From the archives: The "Paul Revere of ecology" sounded early warnings about the polluting effects of manmade products in 1972. 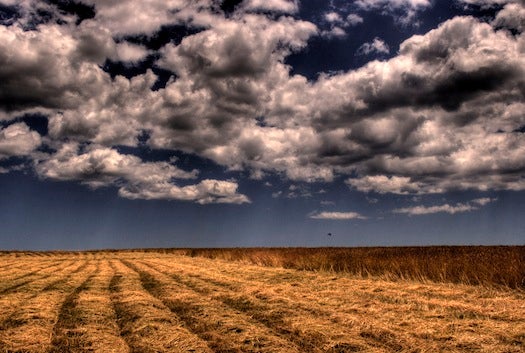 Barry Commoner, the scientist-activist who founded modern ecology and helped ban above-ground nuclear testing, died Sunday in Manhattan, at the age of 95. From the 1960s to the 1990s, Commoner was a leading figure of the environmental movement and a champion of the idea that everything–from pollution to war to social inequalities–was connected to everything else.

Time magazine put Commoner on its cover in February 1972, calling him the “Paul Revere of ecology.” A few months later, Popular Science ran an article by Commoner that described how manmade products, including plastics, synthetic fibers, and pesticides, had upset the balance of nature. He argued that better, biologically sound technology, such as a national sewage-treatment system incorporating soil, could set things right.

Read on for an excerpt from “A Healthy Environment: The Life-or-Death Challenge.”

Why concentrate on technology rather than other trouble spots? Some experts, after all, place the primary blame for our pollution problems on an expanding population, or a rise in affluence, or both. Others assume the problem to be an unfortunate, but accidental, accompaniment of the remarkable growth in science and technology and their applications in industry and agriculture.

Both of these views are far off the mark. The key indicators we use to keep track of environmental pollution have risen on the order of 200-2,000 percent in the United States since World War II. Yet our population has increased only 43 percent in the period 1946-1968. And the gross national product per capita – index of personal affluence, although not a very good one – risen only 59 percent. These increases are obviously not enough to account for the far larger increases in pollution over the same time span.

But when we look at the changes in technology and production during the postwar period, we do find changes which are large enough to match the 200-2,000 percent increases in pollution levels. Production of plastics, for example, up 1,960 percent; mercury used in chlorine and sodium hydroxide products up 3,930 percent; synthetic fibers up 5,980 percent.

What do these modern technologies, and the productive activities based on them, have in common? In their emphasis on chemistry, physics, and engineering, they have failed to recognize a vitally relevant aspect of science: the biology of the environment. It is these technologies with high biological impact that are the chief causes of the environmental crisis.

To see how this damaging process occurs, we must take a good close look at the world we live on.

See the full story in our May 1972 issue: A Healthy Environment: The Life-or-Death Challenge.