Disney Will Release A New Star Wars Movie In 2015

For better or worse, the $4 billion purchase of Lucasfilm gets Disney the rights to Star Wars. 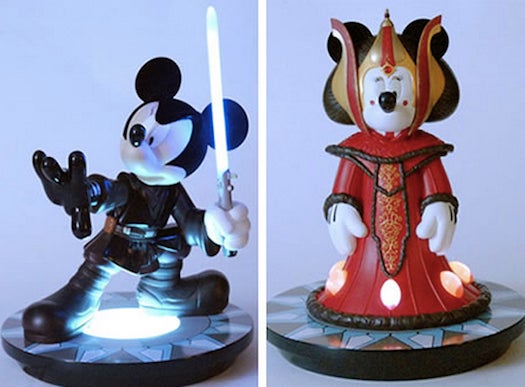 Disney has bought Star Wars. In a just-announced deal for $4 billion, the company picked up Lucasfilm, the production company that made The Biggest Cultural Thing In Modern Times. And along with that, Disney’s making Star Wars: Episode VII, to be released in 2015, with another film to be released every two to three years after.

That’s a lot to handle. The news is already proliferating, and people are wondering if this will be a piece of chocolate/peanut butter goodness or a complete wreck, even though there aren’t a lot of details on what the film is going to look like yet. (Expect intense speculation on that soon.) George Lucas is staying on board as a “creative consult,” but there’s no telling how much sway he’ll continue to have over his creation.

In case you forgot, Disney also owns Marvel Entertainment, the entertainment company behind the Marvel and Avengers movies. The possibilities are endless. For better or worse.