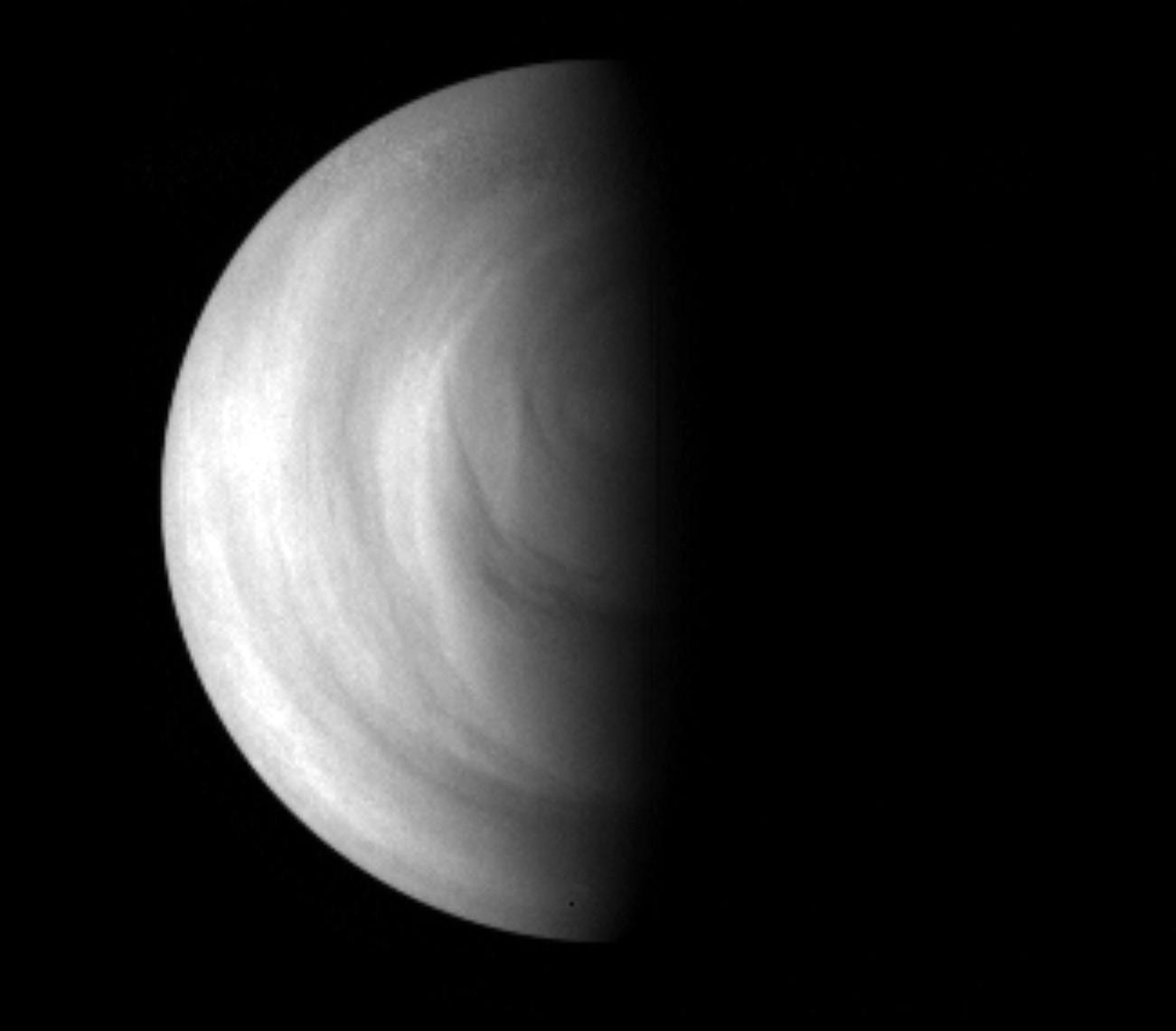 Venus is known for its scorching, Earth-lander-melting, inhospitable surface — but don’t judge a planet by its cover. Venus has a cold streak high in the atmosphere, where it might even be cool enough for snow to form.

The cold layer is colder than any part of Earth’s atmosphere, despite Venus’ reputation for hotness and its nearness to the sun. Around 125 kilometers (77 miles) above the surface, the atmosphere plunges to –175º C (-283º F). Scientists used the European Venus Express orbiter to figure this out, and they did it by staring at the terminator, the dividing line between day and night on the planet. Sunlight filtering through the atmosphere revealed concentrations of carbon dioxide molecules. Then scientists combined this data with information about atmospheric pressure at various altitudes, and were able to figure out the temperature.

The terminator itself might have something to do with this cold layer. It’s sandwiched between two warmer layers, so the terminator’s extreme fluctuations could play a role in keeping it cool, according to the European Space Agency. This is unique to Venus — it doesn’t happen on its sibling rocky planets.

The supercold temps high up are beyond the freezing point of CO2, which leads scientists to suspect that carbon dioxide ice could form there. This would fit with observations of very bright regions in Venus’ atmosphere, which could be sunlight reflecting off of snow or ice particles. The research appears in the Journal of Geophysical Research.