Where Do You Have To Work The Hardest For A Beer? [Infographic]

A look at where the median cost of beer and hourly wage intersect in countries across the globe. 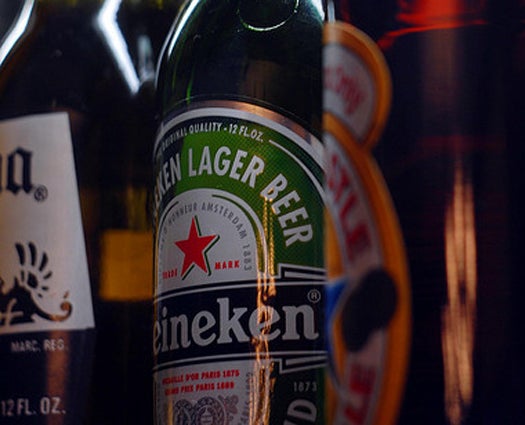 The post-work beer is always satisfying, but as this chart from The Economist shows, residents of some nations have to work harder for it. Sometimes a lot harder.

Americans have it easy, earning their beer in a matter of minutes, but in India, it takes nearly an hour at the median wage to buy 500 ml worth of beer. Beer-loving Germany, surprisingly, took third, behind (dark horse?) Czech Republic.

Also good to know: Beer in China is cheap (55 cents for 500 ml). Beer in Australia is expensive ($3.70 for the same). But both of those are still below the 150-country average labor-to-beer ratio. Brazil is almost exactly at that average–500 ml for 20 minutes of work. 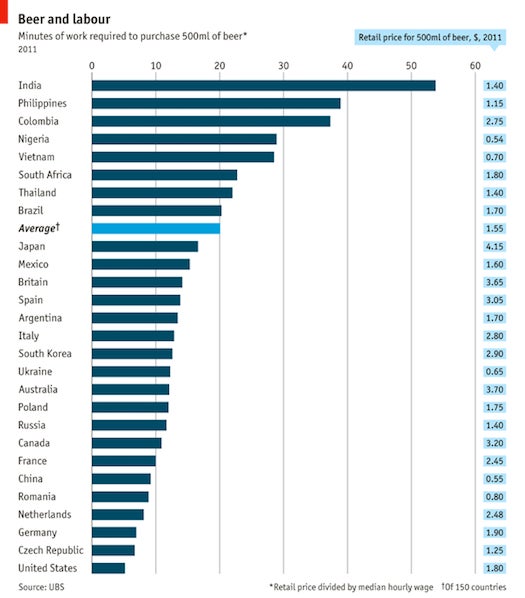