Today On Mars: The President’s Signature

The plaque is next in a 40-year tradition of presidential autographs. 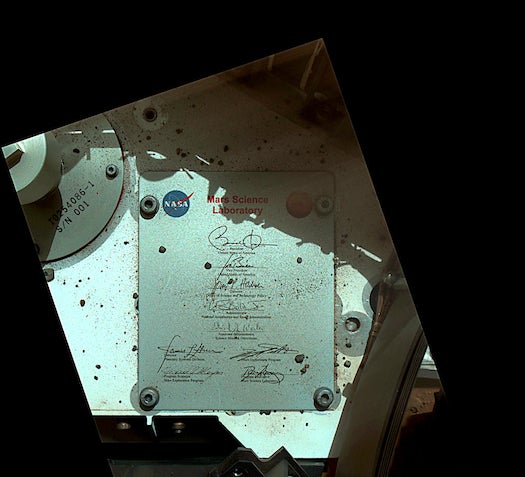 Starting with Nixon and the Apollo missions, we’ve been blasting presidential signatures into space for more than four decades. This one’s the latest: Barack Obama’s signature is on Mars rover Curiosity, with Joe Biden’s right below it. This shot, of the left side of the rover’s deck, was taken by the ever-flexible Curiosity on a recent Martian “sol,” or Mars day. Also attached–on the neat, anodized aluminum plaque, which is the material of choice for this sort of thing–are the John Hancocks of various science advisers and NASA officials.