Where Is It Legal To Get Drunk And Shoot Someone? [Infographic]

The graphic plots 99 state laws that make it easier to carry and own guns, or harder to track them. 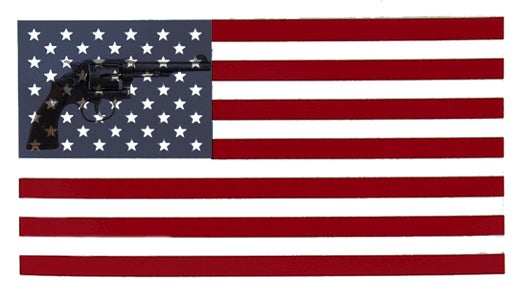 The U.S. has 99 more problems than it had three years ago–or 99 more freedoms, depending on your point of view.

That’s the upshot of a new interactive graphic by Mother Jones. The graphic plots, in map form, the 99 state laws passed since 2009 that make it easier to carry and own guns, or harder to track them. Here’s a snapshot: 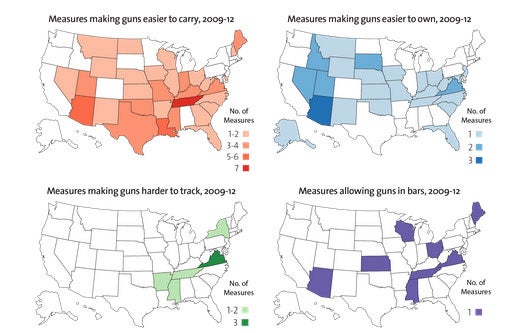 The graphic raises more questions than it answers: Have there been any restrictive laws passed over the last few years? Is it easier to own and carry a gun now than it’s ever been? How has that trend changed over time?

But as a portrait of America’s fraught relationship to guns, it couldn’t be more revealing. The story features a summary of “some particularly noteworthy laws,” including a Missouri statute that makes it legal to “carry a gun while intoxicated, and even fire it if ‘acting in self-defense.'”