Found in Orbit Around a Young Sunlike Star: Sugar

The sweet building block of life 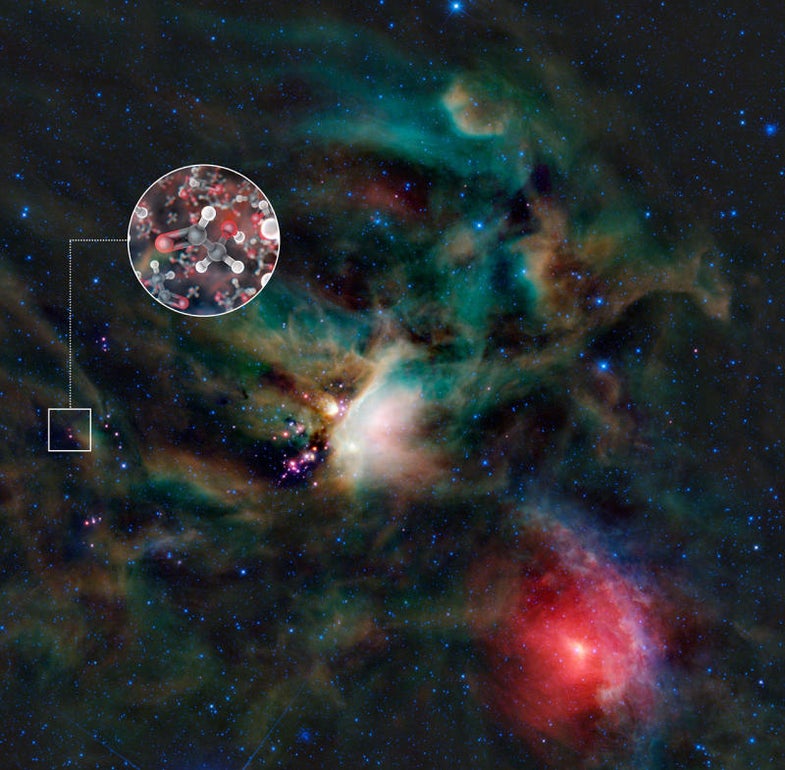 Water, oxygen and now sugar molecules have been found floating around in space, in the right place and at the right moment to wind up on newly forming planets. Astronomers have found sugar molecules around a star for the first time, using the Atacama Large Millimeter/submillimeter Array.

The team found molecules of glycolaldehyde, a simple sugar, in the gas around a star called IRAS 16293-2422. This young binary star has roughly the same mass as our sun. The sugars were found in relatively the same location as Uranus’ orbit, according to the European Southern Observatory. It is falling in toward one of the stars in the binary system, which astronomers said is the right direction for it to wind up on a future planet.

Glycoaldehyde is the simplest possible sugar, so it’s not exactly the same stuff you would put in a muffin or your morning coffee. But it is a key ingredient in the construction of RNA, notes Jes Jørgensen of the Niels Bohr Institute in Denmark, the lead author of a new paper about the space sugar. If the gas and dust cloud surrounding IRAS 16293-2422 coalesces into a planetary system, the new worlds could contain some of this sugar, and perhaps other amino acid chains and complex molecules. The star system is about 400 light years away in the constellation Ophiuchus.

Astronomers are trying to determine how large molecules can become in the tumultuous environments around new stars. “This could tell us something about how life might arise elsewhere, and ALMA observations are going to be vital to unravel this mystery,” Jørgensen said.