The Labs That Go Boom: The Propulsion Research Center Builds A Better Rocket

Home base for some of tomorrow's great rocket scientists 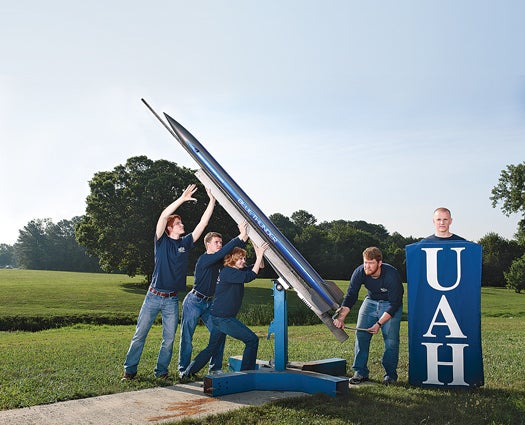 Strategically located a few miles from NASA’s Marshall Space Flight Center, the Propulsion Research Center has been a proving ground for some of the world’s top rocket scientists since its inception in 1991.

In addition to making rockets that launch payloads into orbit, says interim director Robert Frederick, students will soon begin work on new nuclear propulsion systems that could reach Mars in weeks instead of months.