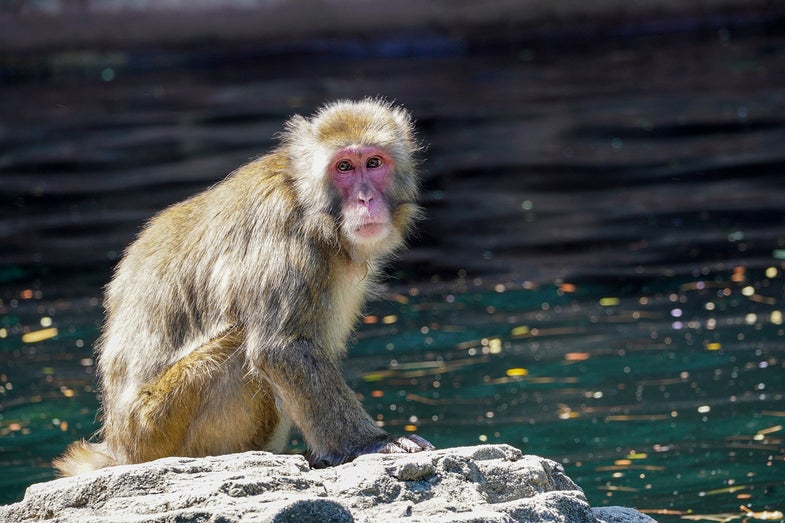 Although animal eye AF had trouble grabbing onto this snow monkey's features, when the camera was switched to human eye AF had no problem detecting him. Jeanette D. Moses
SHARE

Researchers have just discovered that gibbons not only compete with our top ranks of singers–they have the technique down pat with almost no effort. How did we find this out? By gassing them with helium and listening in on the results, of course.

A study just published in the American Journal of Physical Anthropology covers the research from the Primate Research Institute at Kyoto University, Japan. By filling an environment with helium, the team could bring out the subtleties of the gibbons’ singing–the strange, high-tone subtleties. The apes’ singing is plenty loud already–it can be heard through thick jungles from more than two miles away–but when helium gets introduced to the equation, the sound velocity and resonance frequencies are increased.

The resulting sounds (listen above while reading this for the full effect) revealed that gibbons use the same techniques as humans to create speech–it starts at the larynx, then gets sent through a filter; the shape of the filter is determined by the supralaryngeal vocal tract. It’s known as the “source-filter” process.

We used to think those vocal acrobatics were an evolutionary blip only seen in humans, but instead, researchers say, it shows how we have a lot in common. Gibbons just picked up on the natural aptitude for soprano singing, while we picked up on the speech. As pretty as it sounds, maybe Home sapien didn’t get a bad end of the deal.