The Future of Electronics is Just One Single Molecule Thick 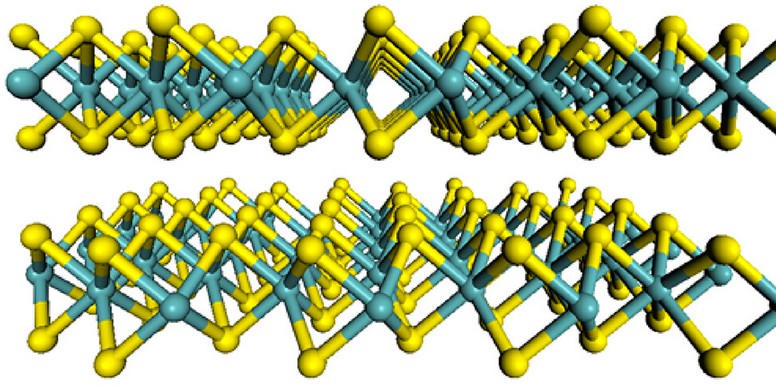 Where electronics are concerned, the future is two-dimensional and very, very thin. One molecule thin, to be exact. That’s not quite as thin as a sheet of graphene, but new research from MIT shows that while one-atom-thick graphene shows exceptional strength and other novel properties, the future of electronics lies with materials like molybdenum disulfide (MoS2) that are a couple of atoms thicker but much, much easier to work with.

MoS2 isn’t a new material by any means–it’s been used as an industrial lubricant for decades–but in its 2-D form it is one of the newest and most exciting materials that electronics researchers and materials scientists have to work with. A Swiss team described its 2-D potential for the first time just last year, and now a team of MIT researchers have developed a range of very small electronic components from MoS2, components that open the door to a range of applications.

The primary factor here is bandgap, which graphene does not possess. Bandgap is a property that makes it possible to build transistors, a key component for modern electronics. Lacking bandgap, a switch made of graphene can be turned on but not off–making it difficult to get the zeros and ones necessary for digital logic. For a long time, researchers hoping to tap the other amazing traits of ultra-thin graphene to proudce better electronics tried various workarounds, but have struggled to make it work.

MoS2 doesn’t have that problem. Its bandgap is built-in, inherent in its chemistry. From MoS2, MIT grad students Han Wang and Lili Yu and Associate Prof. Tomas Palacios (with help from colleagues elsewhere) have created an inverter, a NAND gate, memory, and a complex circuit known as a ring oscillator. They see applications in everything from lighting to cell phone communications, to advanced textiles with electronic properties (think: cell phone antennas or circuits woven into clothing or other fabrics).

It’s so thin, it can essentially be incorporated into any other material, including glass and plastic. It could be used to create windows and mirrors that are also displays, or to help realize future technologies that have not yet gotten off the ground, like Google’s augmented reality glasses. It’s relatively inexpensive and easy to produce and is already generated in large quantities due to its aforementioned industrial application. And soon, the researchers predict, it could be the backbone of all kinds of electronics.

More on this over at MIT News.