The ability to read other people is largely perceived to be intuitive–some people just have a talent for “seeing” what... 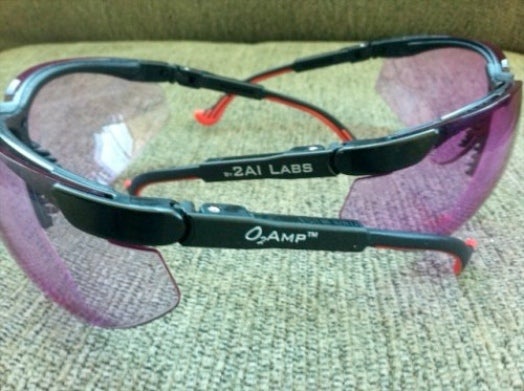 The ability to read other people is largely perceived to be intuitive–some people just have a talent for “seeing” what other people are thinking or feeling. But what if you could augment yourself with such an ability, allowing you to perceive changes in other people’s biologies as their biochemical state changes? A company called 2AI Labs has developed a pair of glasses–known as O2Amps–that supposedly can do just that.

The glasses are so named because they rely on oxygen levels in the blood beneath the skin to extrapolate social signals from a person. The technology is based on the bio-evolutionary fact that color vision in primates–at least according to some research–developed to reveal fluctuations in blood-oxygen levels and to allow animals to take behavioral or social cues from those changes.

Humans have long since ceased consciously perceiving these subtle social signals, but they’re still there and with the right technology we can strengthen them. “Once one understands the connection between our color vision and blood physiology, it’s possible to build filters that further amplify our perception of the blood and the signals it provides,” researcher and 2AI Labs Director of Human Cognition Mark Changizi wrote in a blog post yesterday, a post that also announced the arrival of the first batch of O2Amps.

Changizi sees huge potential for his glasses in the mass market, but in particular he sees lots of room to apply them in specific fields like medicine, security, and gaming. O2Amps are reportedly already in testing at two hospitals, where the lenses make a patient’s veins appear to glow, revealing the vasculature beneath the skin. The glasses could also help medical personnel detect trauma via hemoglobin concentrations beneath the skin–simply by looking a patient over a nurse or doctor could quickly see where trauma has occurred and where it is heaviest.

Then there are applications in security–imagine airport security personnel that can see the nervousness on a suspicious person’s face–or even in sports (a pitcher’s blood-oxygen profile might tip his pitches, for instance). But the larger application is in our everyday social lives. Changizi seems to envision a day when your everyday glasses pack 2AI’s technology. Meaning everything from business lunches to first dates to interactions with one’s spouse could be colored by social cues imparted by their physiologies. Consider your poker face useless.